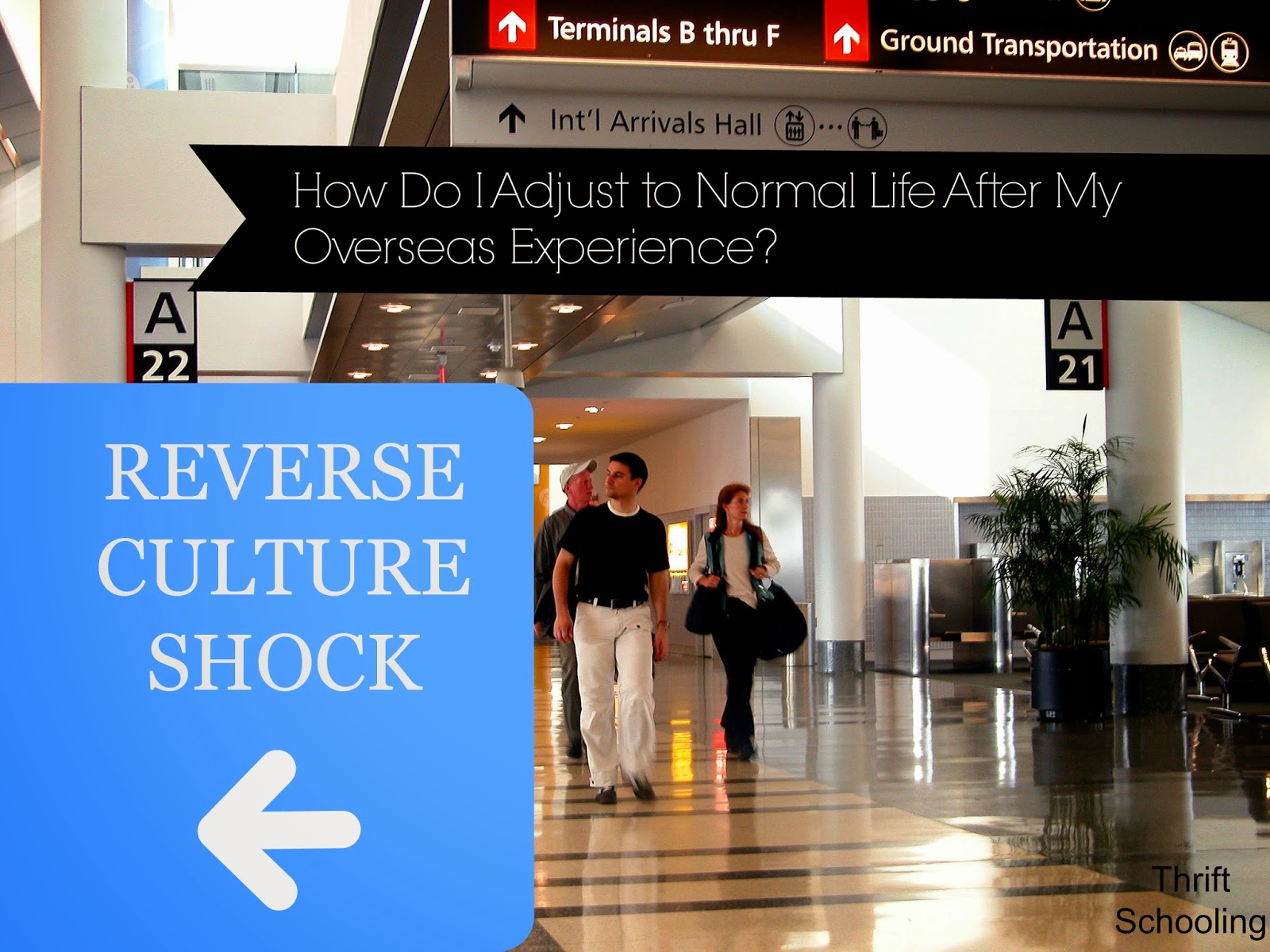 What Exactly is Reverse Culture Shock?
Reverse Culture Shock is returning home after experiencing another culture and having a difficult time readjusting to everyday life. This is actually quite common for those who have been on an overseas trip, studied abroad or for missionaries.

Why Does This Happen?
Most people are at least somewhat prepared for the initial culture shock of the country they will be entering. They know that in some way, the culture will be different and a challenge to adjust to. When returning home, it is hard to believe that it will be hard to adjust to life again. Many times, people will return confused and frustrated when close friends and family don't seem to appreciate what they have learned or experienced on their recent venture.

You Are Not Alone
I for one I have experienced Reverse Culture Shock many times and think that if I had been prepared, that it would have been easier to deal with. Of course, I didn't realize that the feelings I was experiencing were normal or common. At the age of twelve, I felt quite alone after returning from my trip to the Netherlands and Germany. I came home from a month long excursion with my grandmother excited to share with my friends about my trip. I had hand picked cute little trinkets from different gift shops and was looking forward to sharing them with my friends. I'll never forget the feeling of sitting on my front porch with my friend, feeling so alone. While on my trip I missed my friends and was excited to return to them but sitting there with her, seeing her there with my gift in her hand and the blank look on her face, made me feel so confused and alone.

At the age of twelve, I had only experienced so much. By the time I was older, Reverse Culture Shock would happen on a much greater scale. I spent more than a month in different cultures, one third world, one war torn. Needless to say, I returned from these ventures also confused and frustrated.

Think about these symptoms. They make sense. You come back to affluent America where most girls have over a dozen pairs of shoes in their closet. You just met children without a single pair. Everything inside of you wants to picket the city and collect shoes for the orphans abroad so you can send it to them. A noble goal, yes, but this new found goal can be intimidating to others who may not have experienced what you have. This then can lead to the above feelings such as frustration, confusion, isolation and depression in your own life. The American life can seem so vain and you can begin to look at people in a different light when they don't share the same values that you now hold.

What I'd like to say is that these feelings are normal and can be channeled in the right direction. You are a changed person and God can and will use that. Compassion for others is often birthed through experiences such as these. My advice? Give it time and be careful not to become bitter at those around you or at your country. Meet up with others who may have experienced something similar as you or try to stay in touch with a few of those who you may have met overseas. And pray. Now that you have been given this new found knowledge about the world we live in, pray about how you can make a difference.

I wish I would have known about what Reverse Culture Shock was when I had traveled in the past. It wasn't until recently that I realized that much of what I was feeling (over 10 and 15 years ago) was simply Reverse Culture Shock. If I would have known then, that it was normal and common, I know I would have coped much better! If you are experiencing any of the above feelings know that you are not alone. Rather than getting frustrated, you can allow your experiences form you into the person God created you to be.
Posted by Thrift Schooling at Tuesday, March 18, 2014