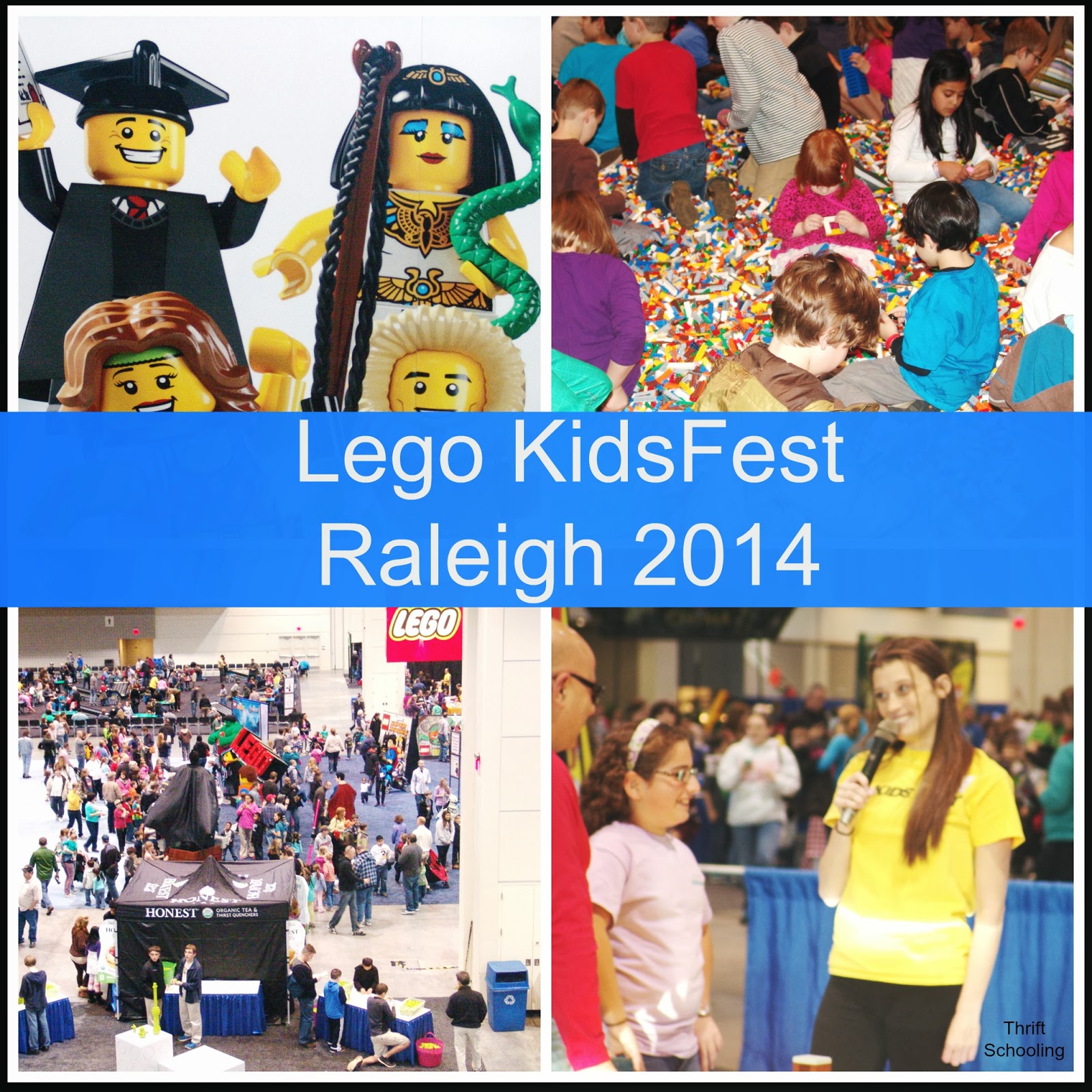 and going strong! When my family and I arrived in Raleigh

(after a two and a half hour car ride), the sign stated that

sessions had been sold out ahead of time! Not surprising.

LEGO® sets and everything that goes with them are all the

rage these days. My kids are fans as well. Even though it is

my oldest who absolutely adores LEGO® anything, my other

two had an absolute blast! How can you not? When you

arrive and overlook all that awaits you it is quite

overwhelming. My oldest son looked at me and expressed

that it was the best day of his life! He could hardly believe it!

Life size creations made of LEGO® bricks around every

corner, games, activites and of course the big brick pile in 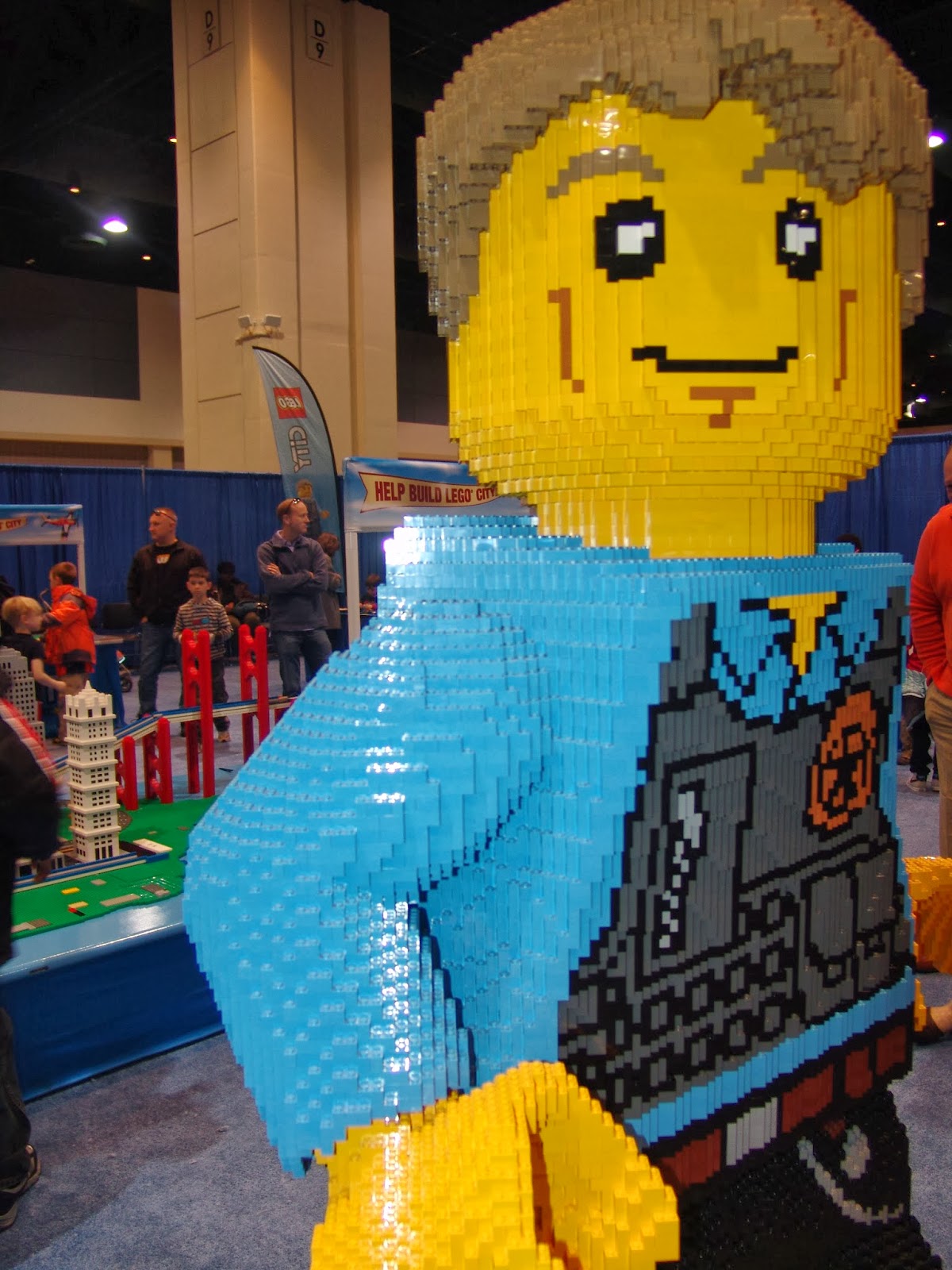 After hanging out in the brick pile, we found some activites to

join in on. There was one where you would have two minutes

to create something that began with a certain letter. It was

cute. They had fun trying to beat the clock and then in the

end, everyone won a prize! There were so many things

going on that honestly, even with being there over four

hours, we never got to it all! 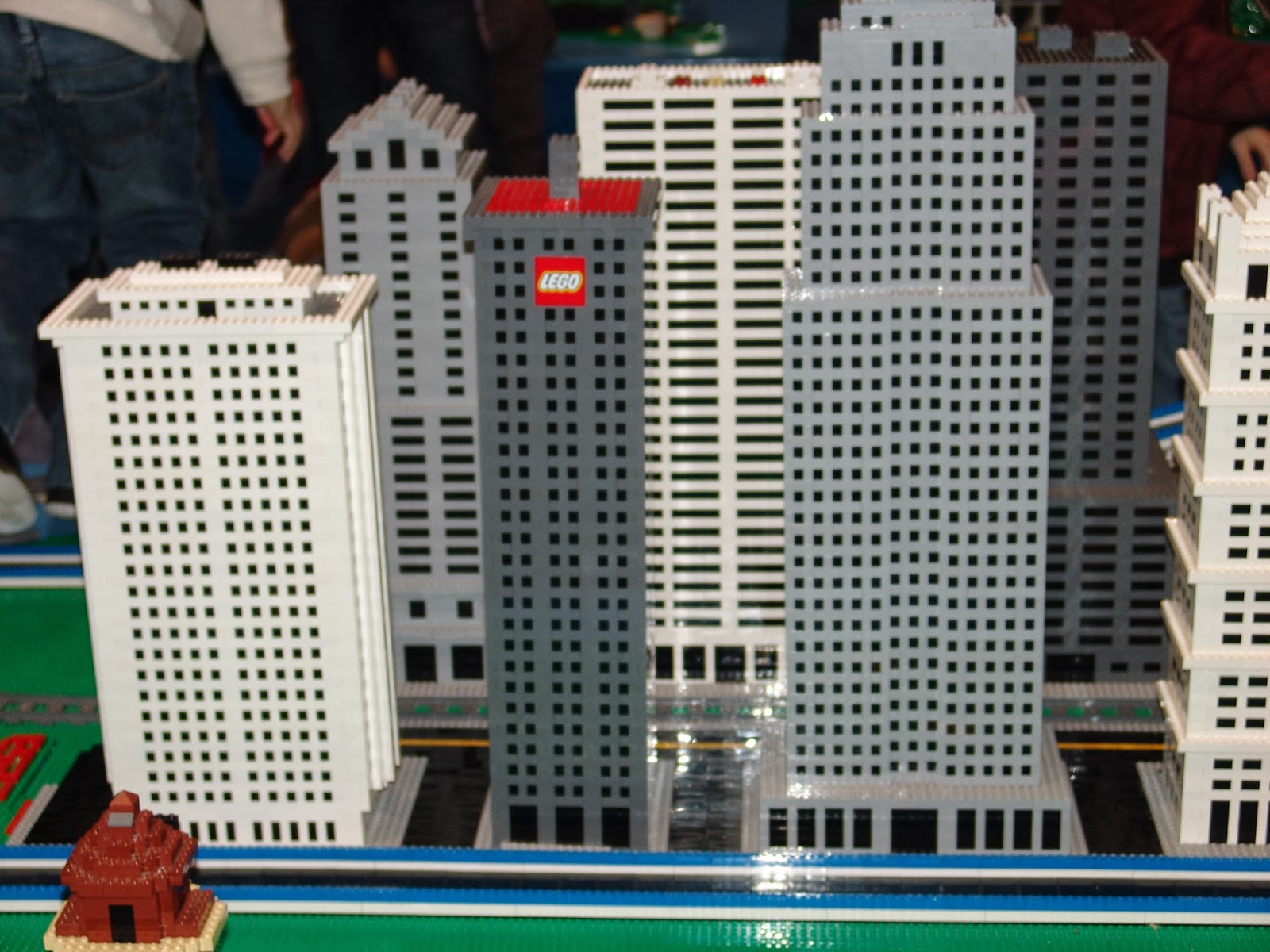 taught new and exciting ways to make creations out of the

bricks. Then they had their hand at making their own

creations. At the end, they were able to show it to the Master

Builder, which to them was quite a big deal! 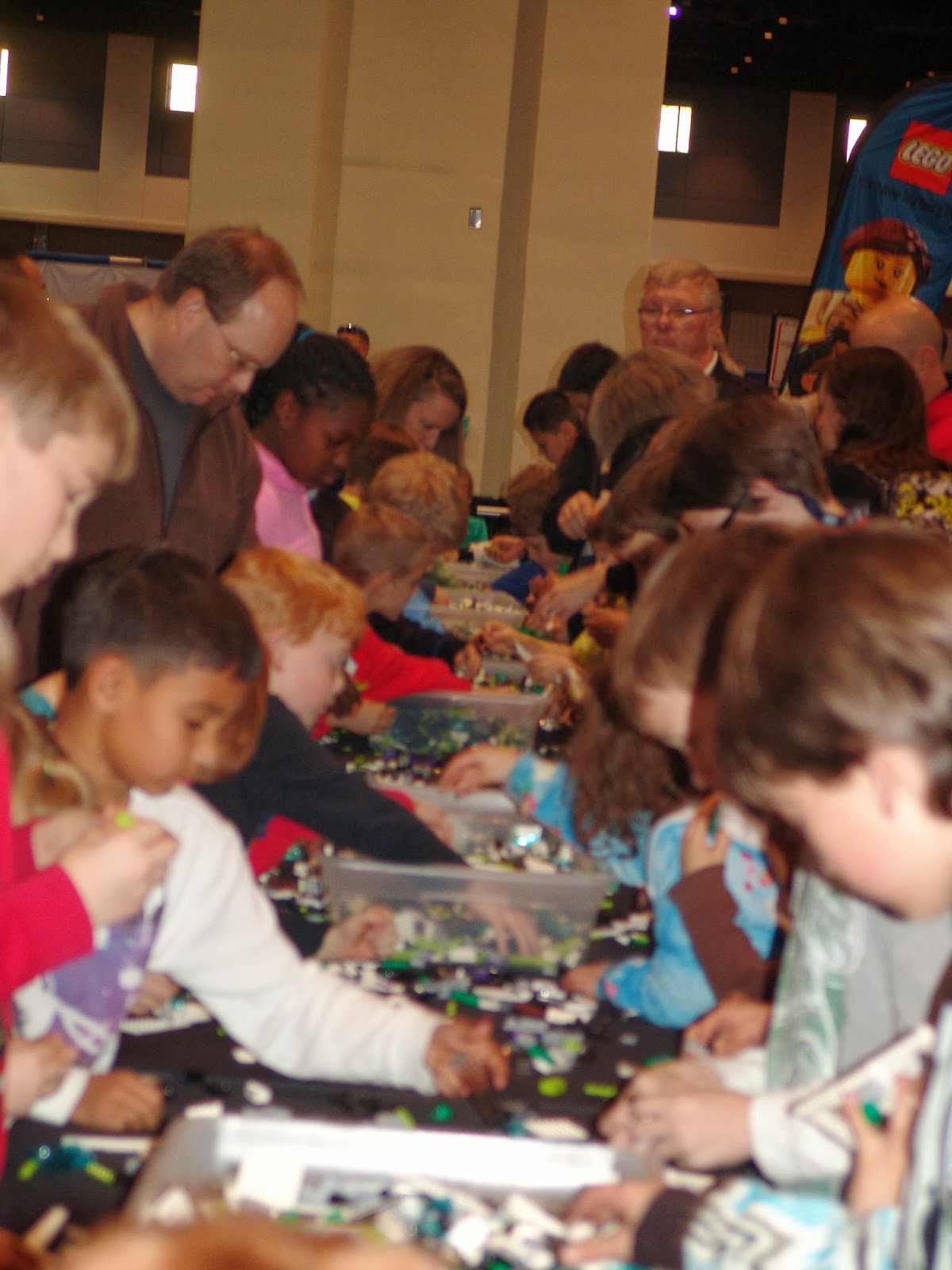 There was another place where the kids were able to make

display case for everyone to see. The kids loved that as well!

remote control cars, made of bricks of course! My three year

old seemed to enjoy LEGO® city the most. She was able to

make her own little car and play with it around the city! It

was cute watching her enjoying  herself in a city made of

past few months to spend at the store. They each bought

their own set with their own money. It was neat watching

them being able to buy what they wanted after having tithed

and put money away in their savings account. Being able to

end it was worth it for them! And I think it meant more as

Disclaimer: I received tickets to this event in exchange for promotion.
All opinions stated are my own.
Posted by Thrift Schooling at Saturday, March 01, 2014