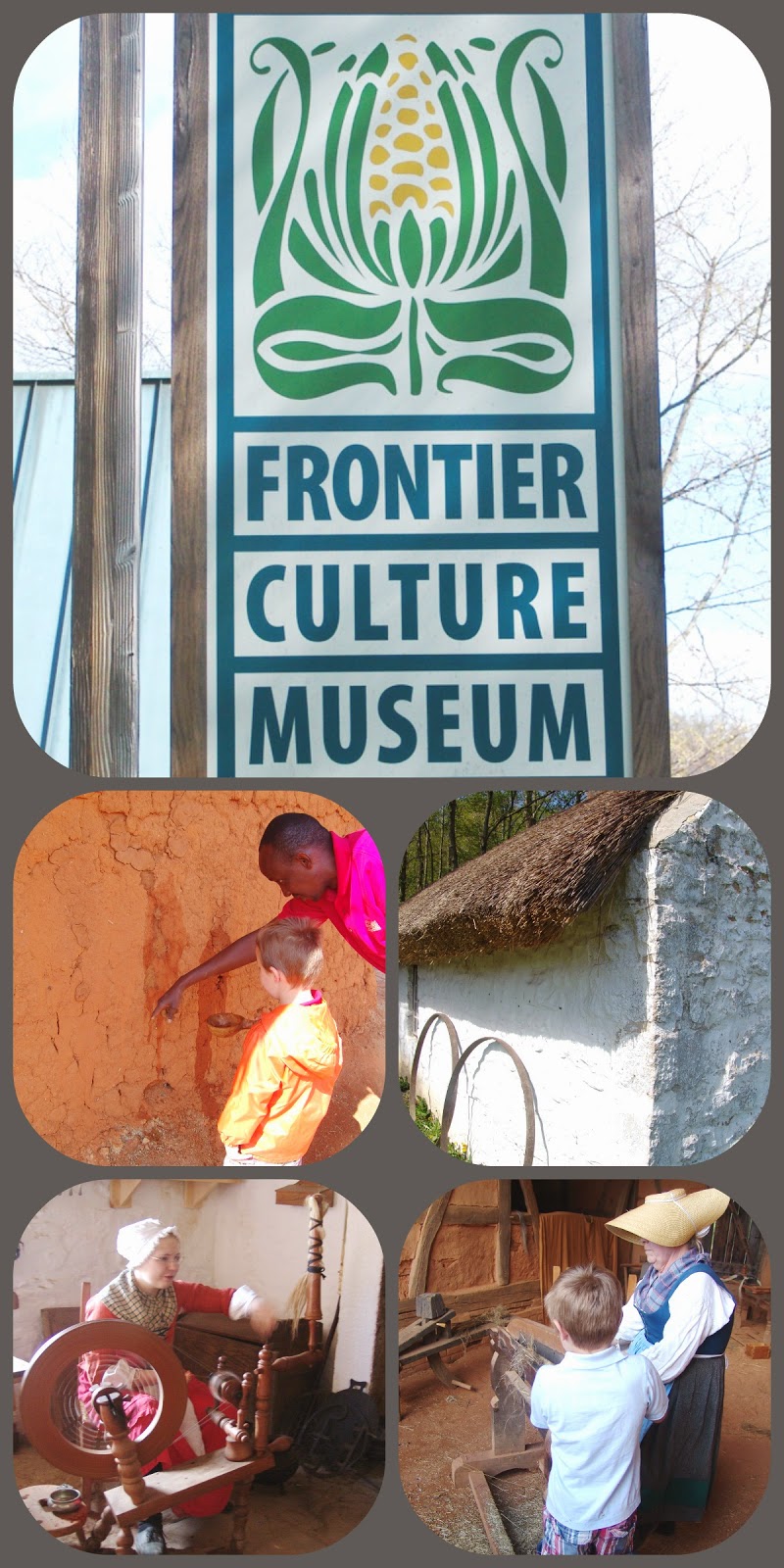 Step out of the confines of your classroom and take a walk into history when you visit the Frontier Culture Museum in Staunton, Virginia! This living history museum brings you back in time to the period of history when the settling of colonial America began to take root in this part of the nation. Beginning in the Old World, visitors are able to see replicas of traditional West African homes similar to those of the slaves who were brought to the New World to work on tobacco plantations. 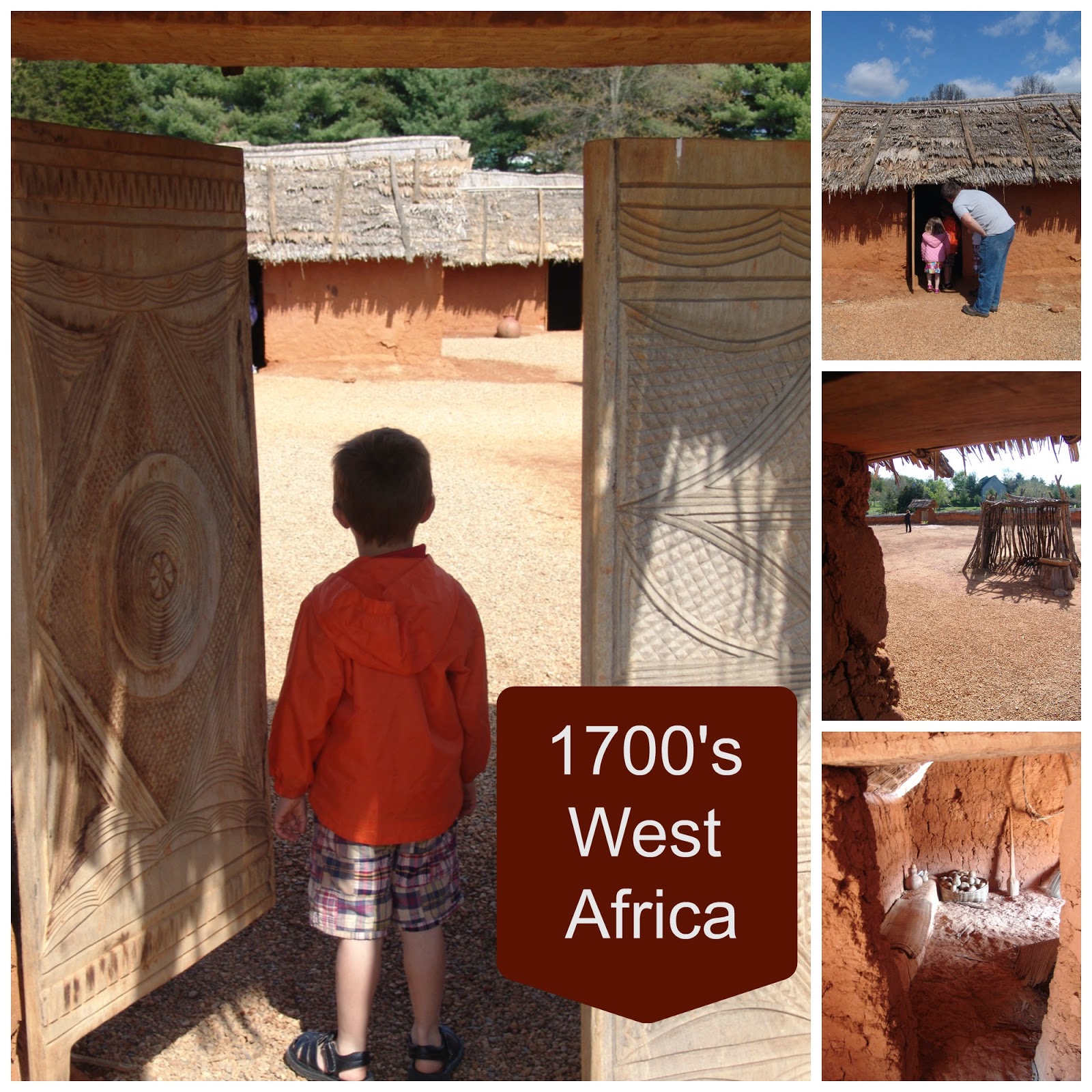 When we entered the West African site I was excited to share with my children a replica of the homes during these times! We are currently studying colonization and had just recently read about how slaves were brought over from Africa to work on the plantations. To be able to see, up close what the homes may have been like at those times will now be etched in their little minds!

This museum is self guided and very hands-on. Basically, you go at your own pace and when you arrive at each outdoor exhibit, you are greeted by costumed staff representing the time period displayed. 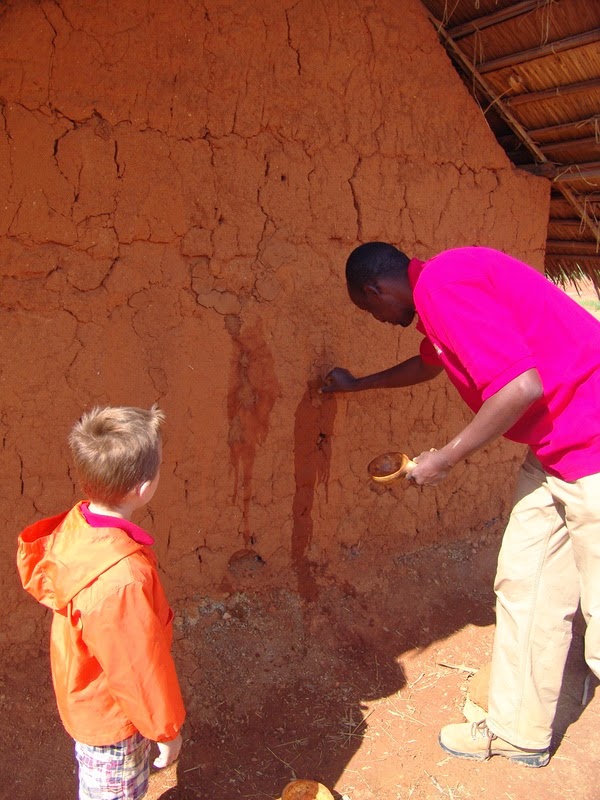 Here, my kids were able to learn about the West African mud houses that women and children in the 1700's would have to patch up during their chores! Not only were they able to learn about it but here my six year old was able to jump right in and help! The rest of the time in the exhibit you can basically tour it yourself, entering the huts and observing yourselves. You could ask any questions about the time period you'd like and we learned quite a bit! 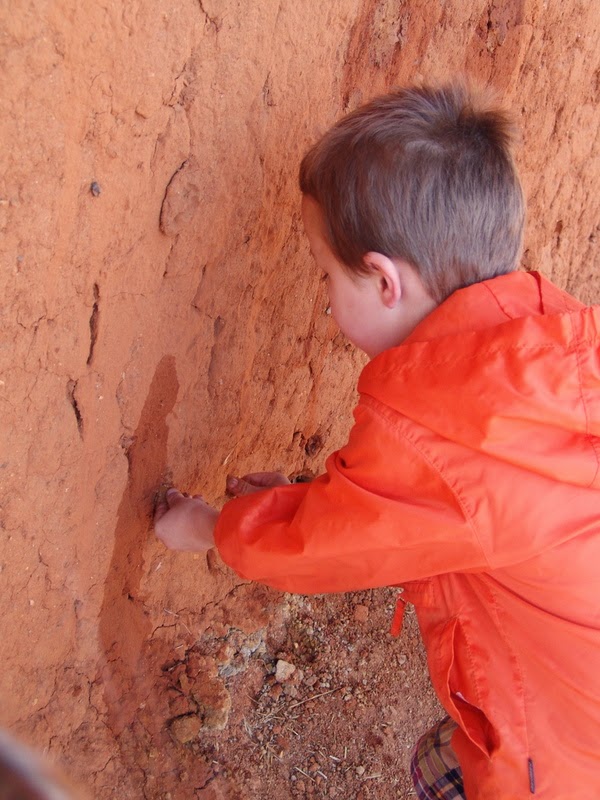 Traditional buildings from England, Ireland and Germany are located on the grounds either constructed on site or brought in from it's original location, such as the Irish Forge, the blacksmith shop!
Below is a beautiful 1600's English home. When we walked up to this home I felt like we really had stepped back in time. This is a homeschool mom's dream to be able to teach about the ones who traveled to the New World in this time period. Then we are able to enter a home similar to the ones they lived in at that time! Love it. When we were there, they had just finished sheering the sheep and the wool was still all over the place. Not to mention the fact that the sheep were roaming free in the fields, talk about picture perfect. 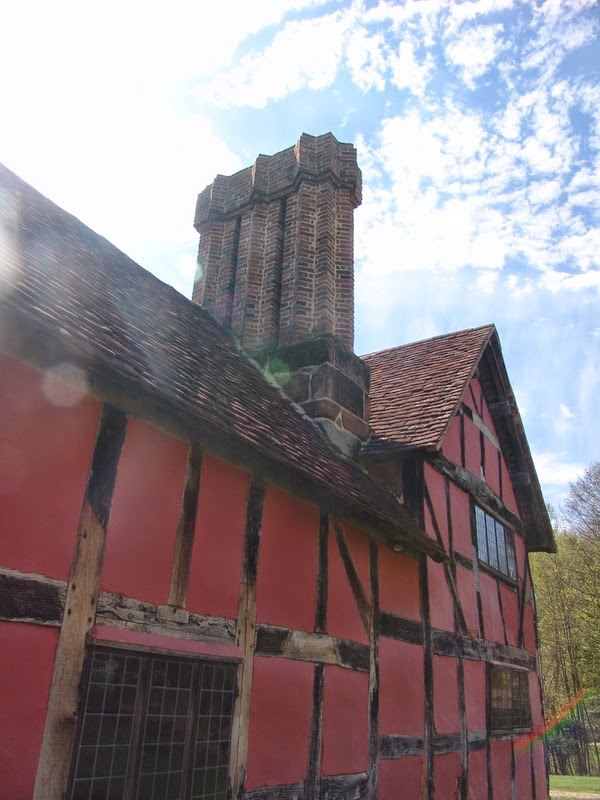 One of my children's favorite exhibits was the 1700's Native American encampment. Something about going into a wigwam that grabbed their attention I guess! 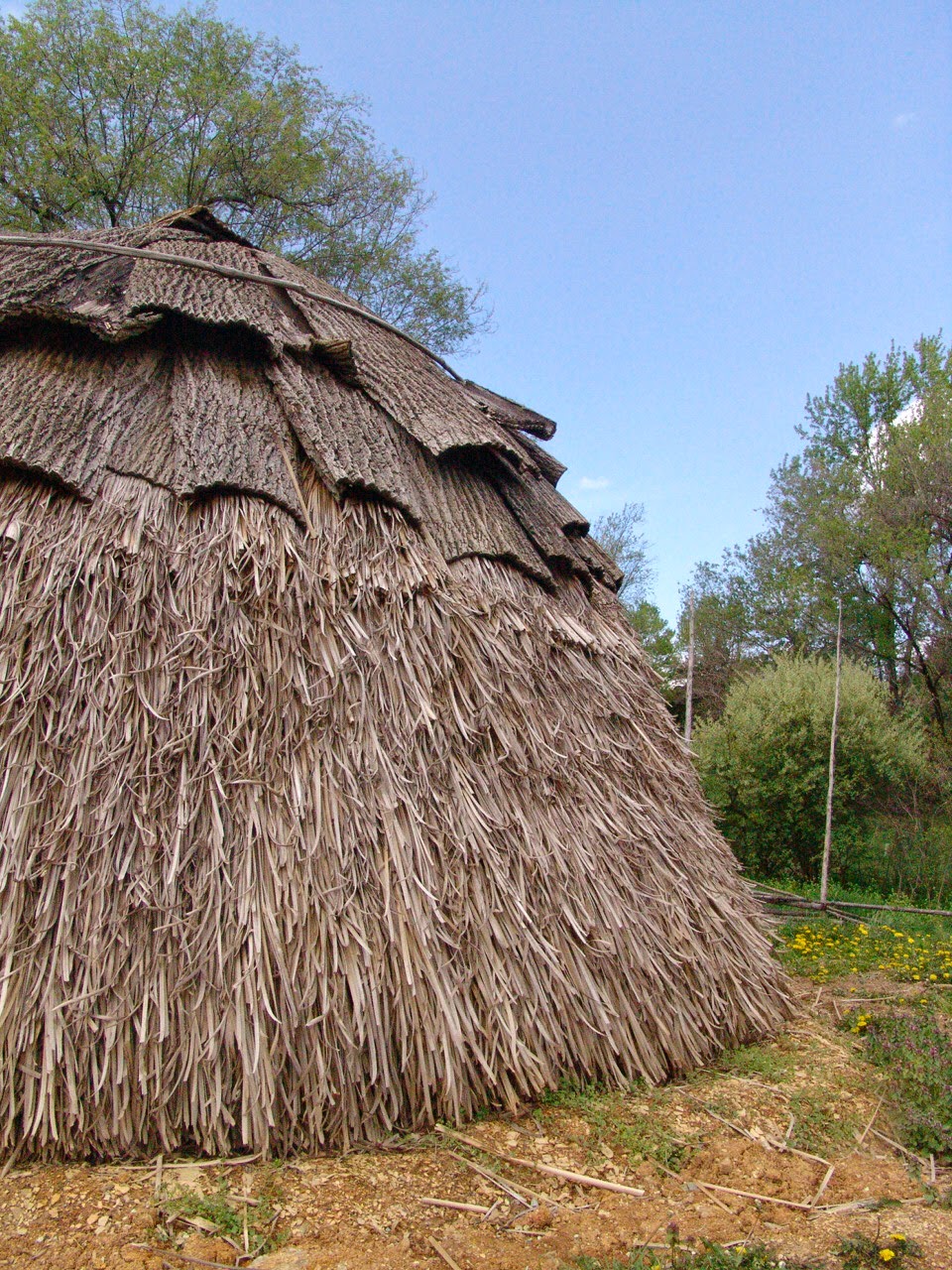 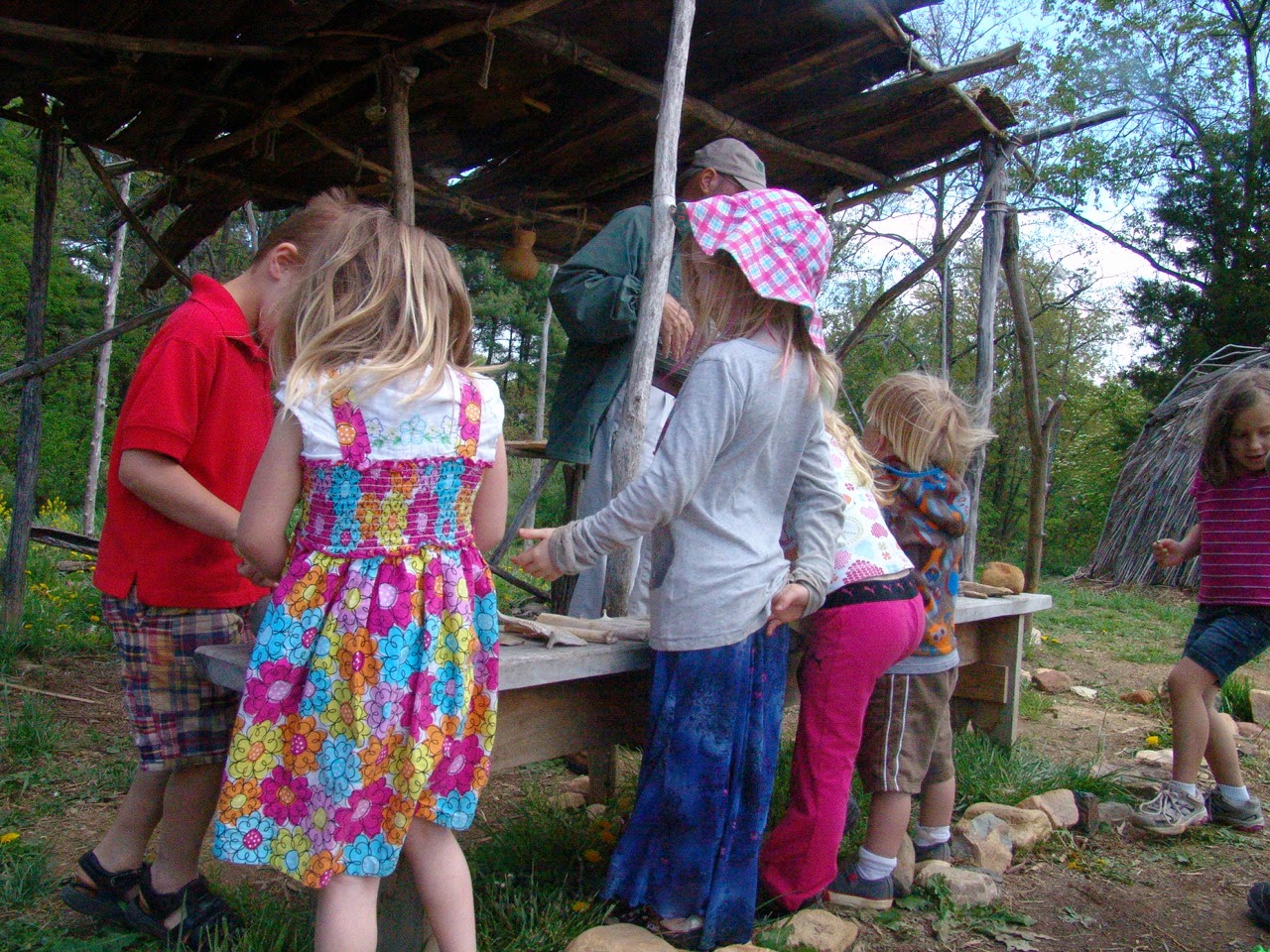 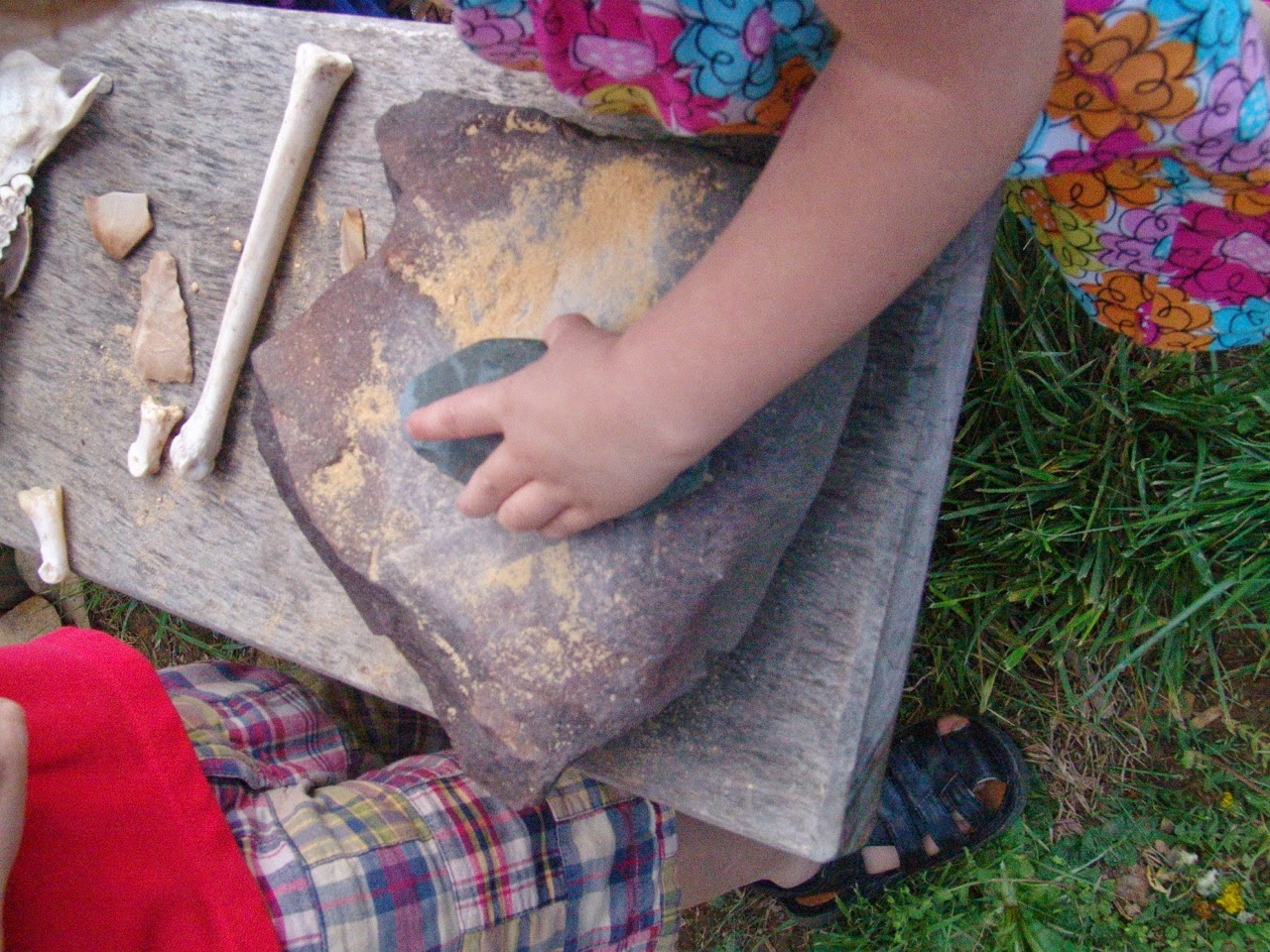 Pictured above is my daughter trying out America's first "sandpaper" which was simply sand and rock.

My favorite moment of the day was visiting the 1740's settlement in the New World. As soon as my kids saw the chimney, immediately they said, "hey, that's like the one Pa built!" You know, from the Little House books. The fact that they were able to put the two and two together made me think that they actually are paying attention in our homeschool, haha. We love read alouds in our schooling and the Little House series is becoming one of our favorites! 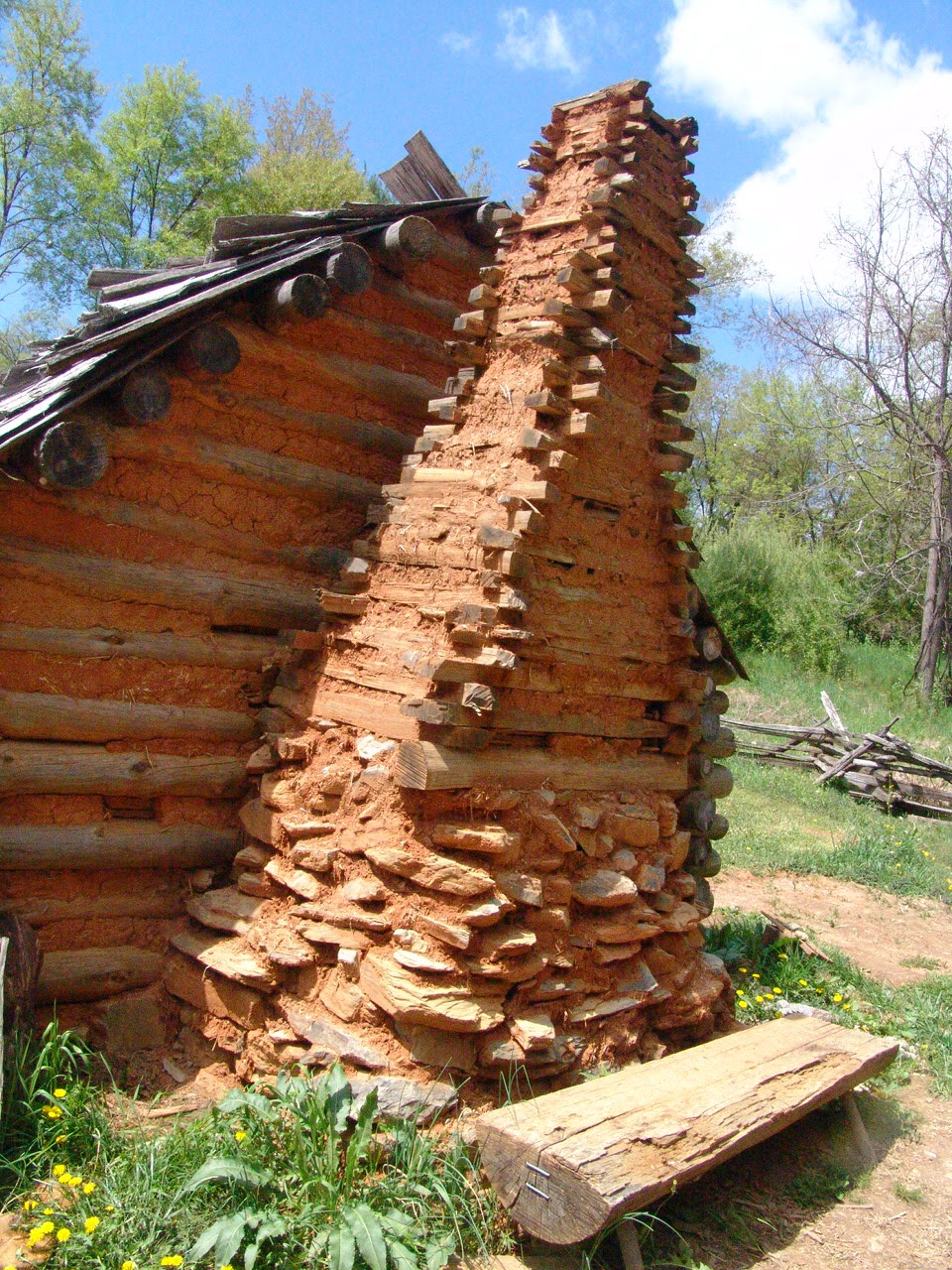 My kids also enjoyed the homes from the 1800's which were teeming with life as the gardens were just starting to show growth. As we walked into the home a costumed man greeted us as he was chopping wood in front of the home. I love this time period and enjoyed seeing the spinning wheel, old furniture and old fashioned baby cradle beside the bed. 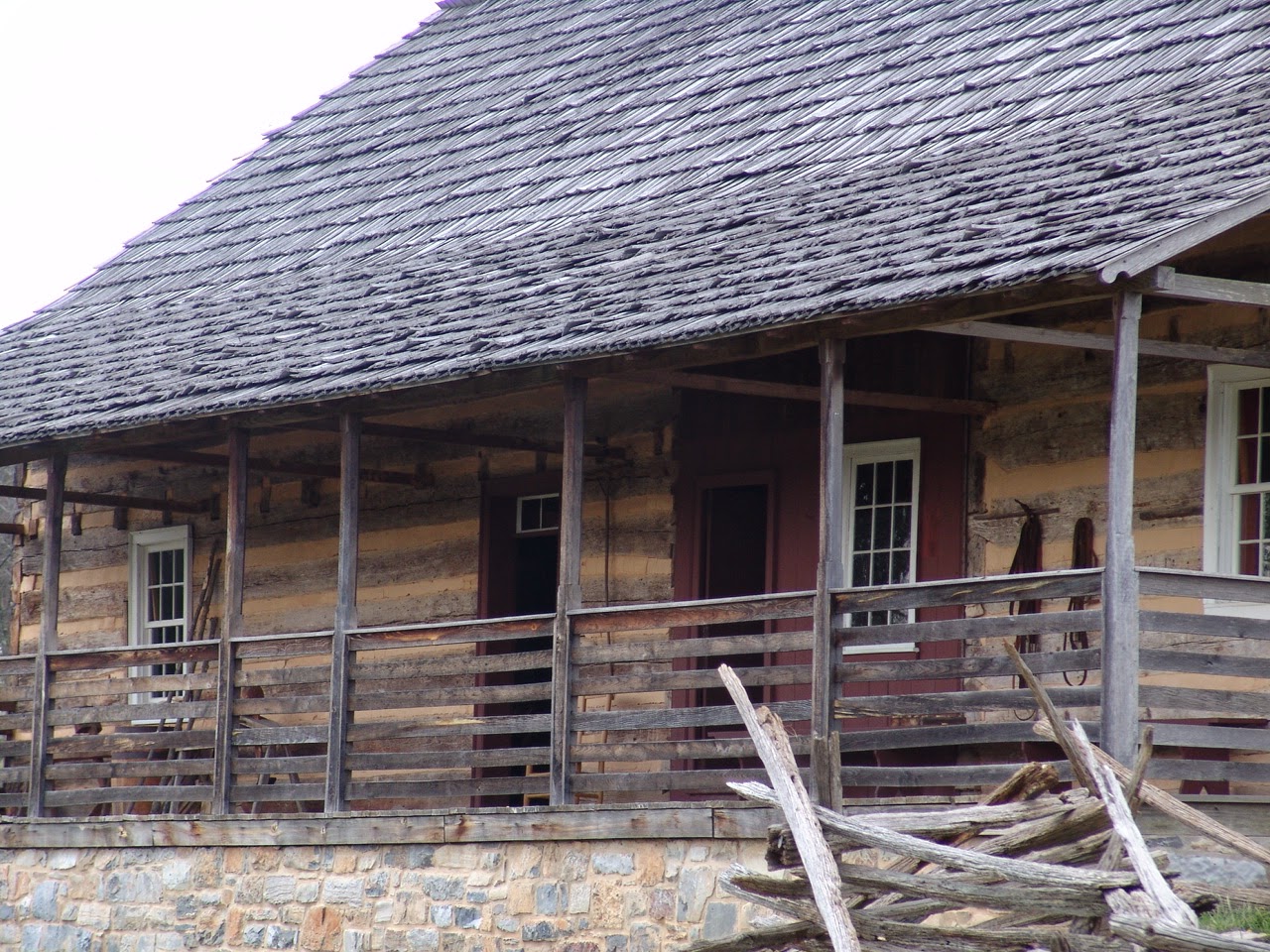 Next we were able to see the one room schoolhouse which is also exciting for young children. We are always hearing about "slates" when talking about this time period and my kids were able to see what they actually were and how they were used. It's one thing to talk about them but another to see them up close and personal! 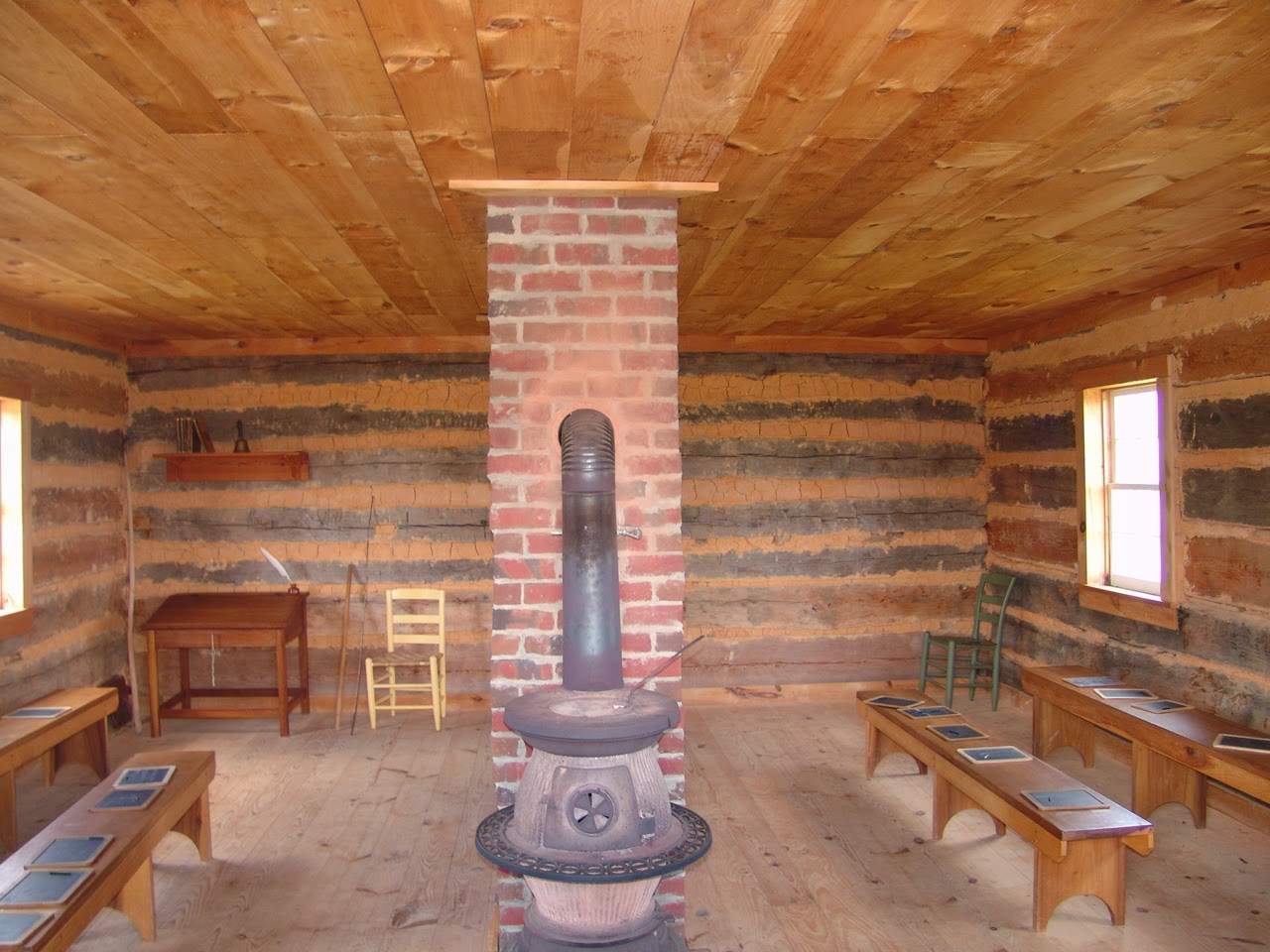 This museum takes care of it's customers and meets all of it's needs. Restrooms are conveniently located throughout so it was never a problem with three young children! They also have picnic tables available by the parking lot so you can bring your own lunches and not feel pressured to have to buy food from them. Of course there was food available if you don't bring anything! They also have shuttles available to get back to the parking lot throughout the day. Wagon rentals are available too!

It's great because this museum is located directly off Route 81. So if you are traveling and looking for an educational, hands on stopping point, this is the way to go! Check their site for hours and pricing, (Children under 6 are free!)

Disclaimer: We received complementary tickets for our exciting adventure from the museum. All opinions stated here are my own.
Posted by Thrift Schooling at Tuesday, May 06, 2014