What a success! How fun! The first Franklin County Agricultural Fair in close to forty years!

We were sure to be a part of this event, and my children were glad we were! My husband was a vendor, and I'll have to say that Saturday was the best day for his business! Even though the rain affected a few of the nights, it certainly didn't last the whole time and by Saturday the crowds had gathered! The first two nights were a bit slow but I'm assuming it was because they were weeknights and for those with kids, school nights. Friday night was my children's favorite, primarily because most of their friends came that night and they were able to enjoy the rides with them! It was picturesque, really, because once the sun set, the lights lit up the County Recreation Park and transformed it into something special. For many kids in this area, this is the first time they've experienced a fair. It was exciting running into friends and their kids and enjoying the evening together. They enjoyed running around together and doing something a bit out the ordinary. What I loved about this fair was the fact that the wristbands provided unlimited rides for the day. Rather than paying a few dollars a ride, you pay $10 a day and can ride as many rides as you (or your child) can handle! Some of the rides my four year old wasn't able to join her older brothers on, but there were plenty for her to ride on for her age! Her favorite was the merry-go-round anyways, easy to please! 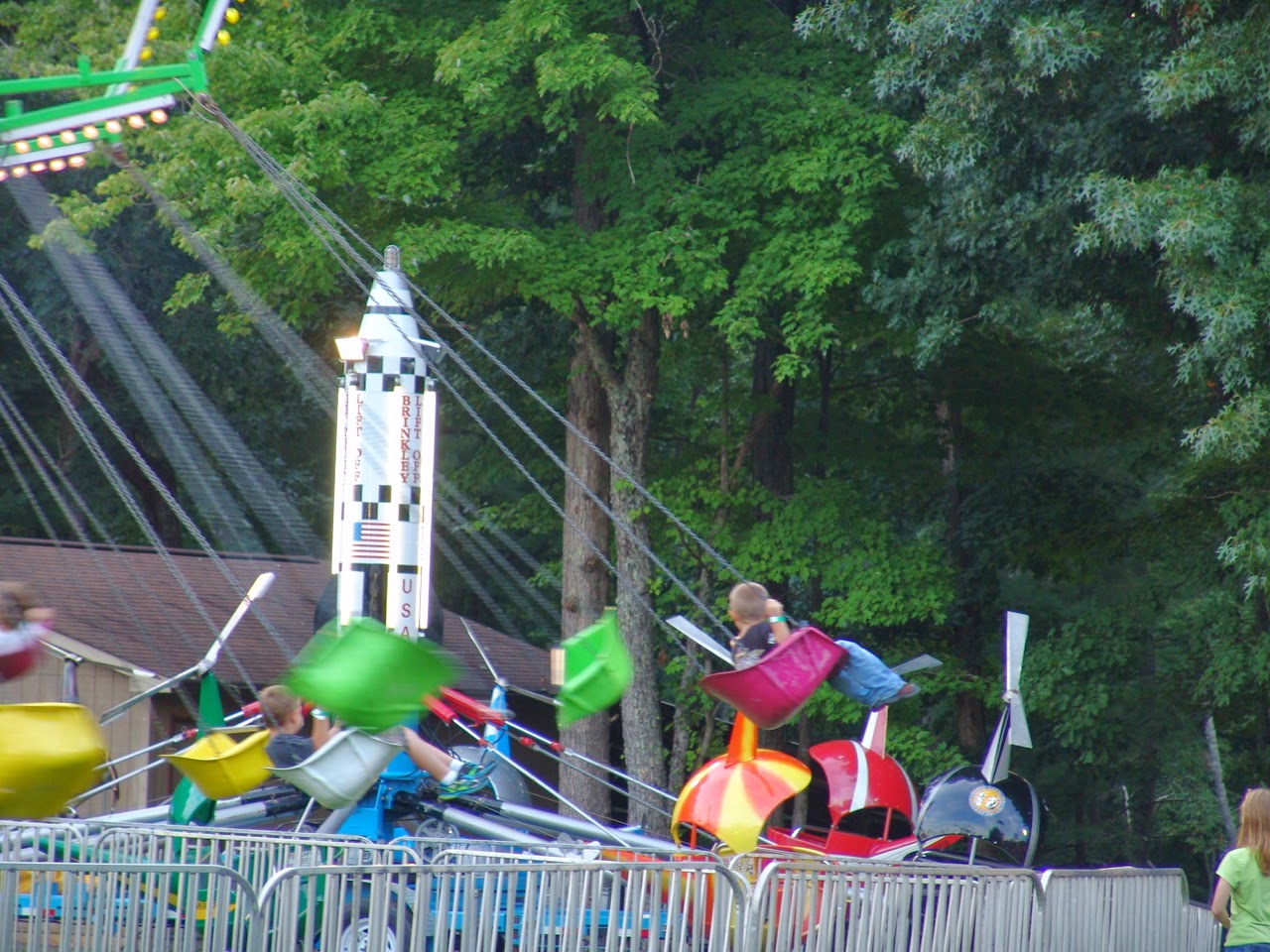 My seven year old is seen above on his favorite ride of the event. He LOVED the swings. Simple. Glad he wasn't on one of the rides for older kids like the one below the whole time, I probably would have been super nervous! Especially the ones that went upside down, yikes! Although, I remember liking them when I was a kid, my, I am getting old! 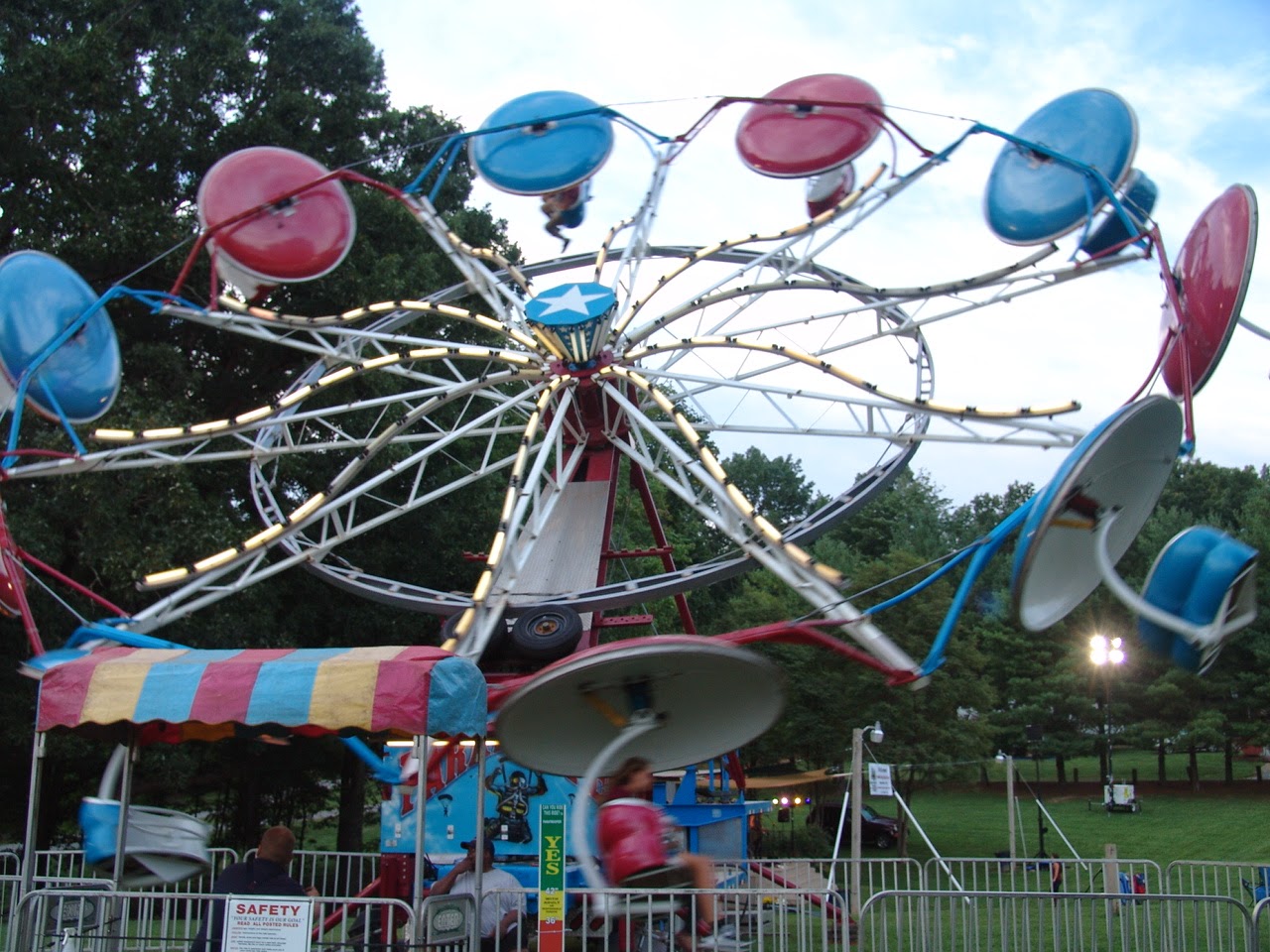 I was impressed by the professionalism and quality of the fair, especially since it was the first one in many years! I only heard positive reports from fair goers and the only negative response I heard were from people after the fact who didn't go and wish that they had! I even ran into a family two separate nights of the fair who enjoyed themselves so much the first evening that they just had to come back! They only live right down the road and their kids had never been to an amusement park so they were excited their kids could experience this right in their own town! Others simply raved about how excited they were to share this experience with their kids and their families. 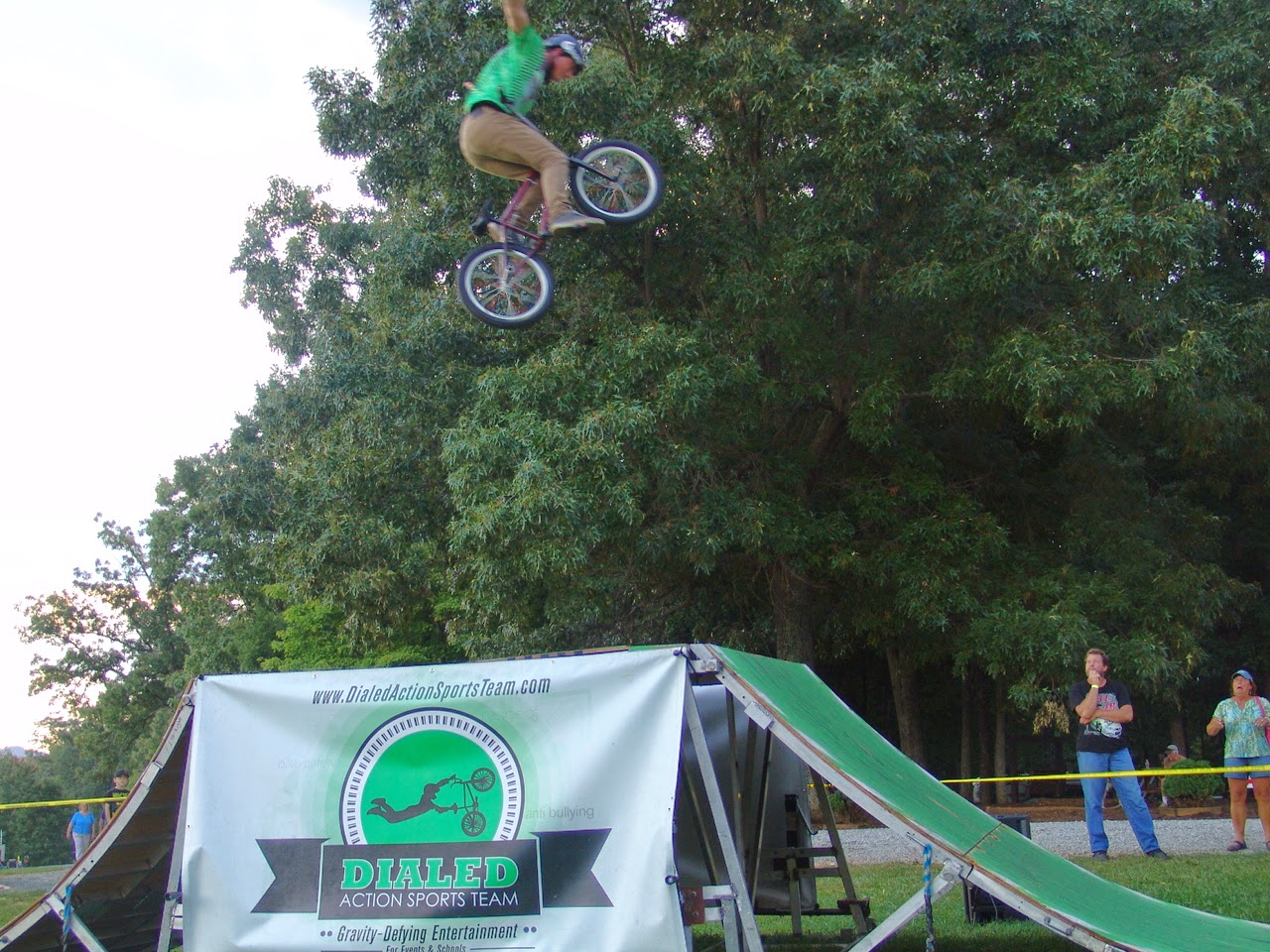 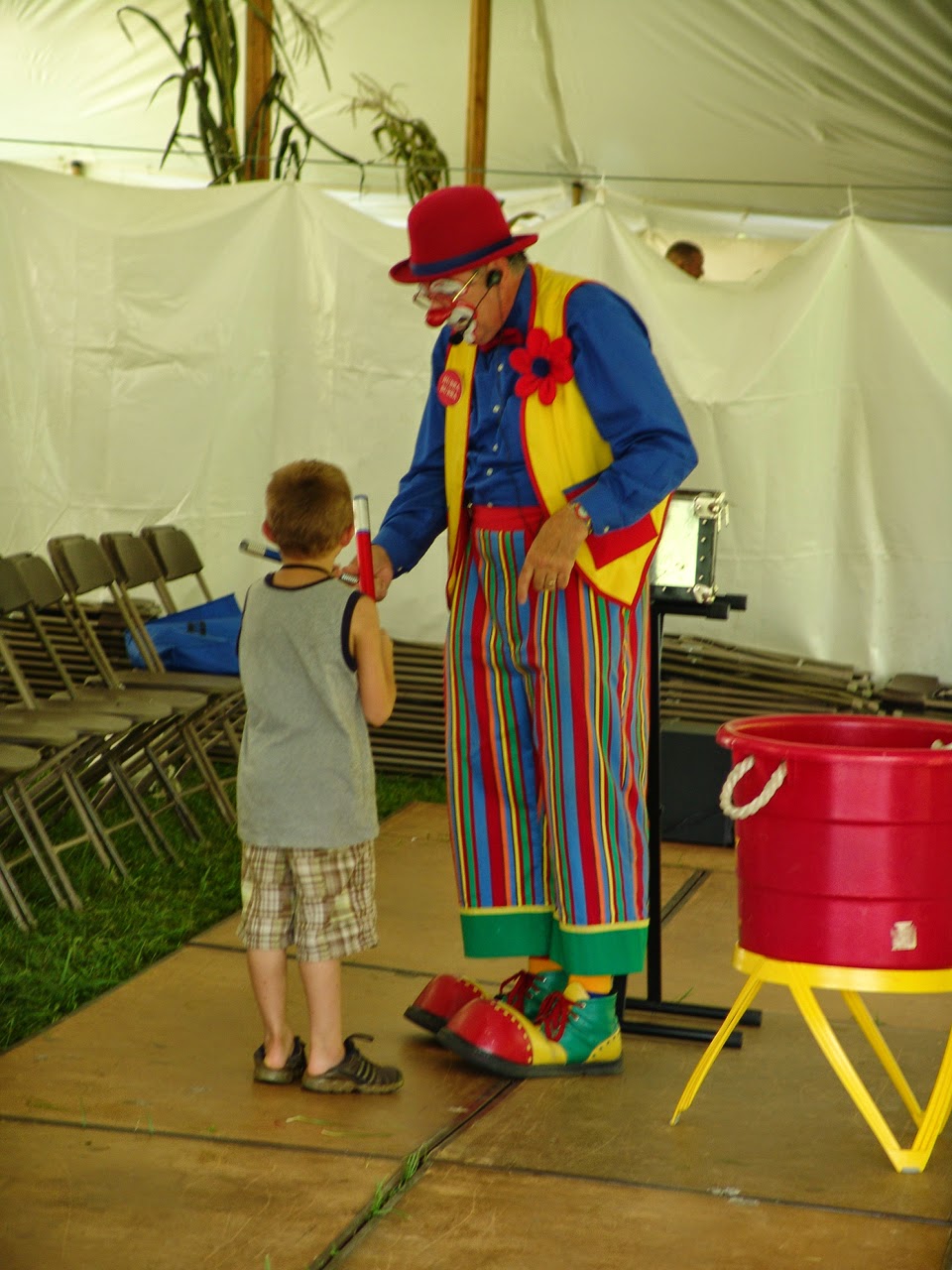 When the kids weren't riding rides, there was plenty to do! The BMX stunt show was their fav and I was surprised how much they like the clown show, but they were really into it and kept trying to use the clowns jokes on us days after the fair! The last day of the fair included fun contests such as a frying pan throwing contest for the ladies and a handsome man contest for men to show off their beards or handlebar mustaches! 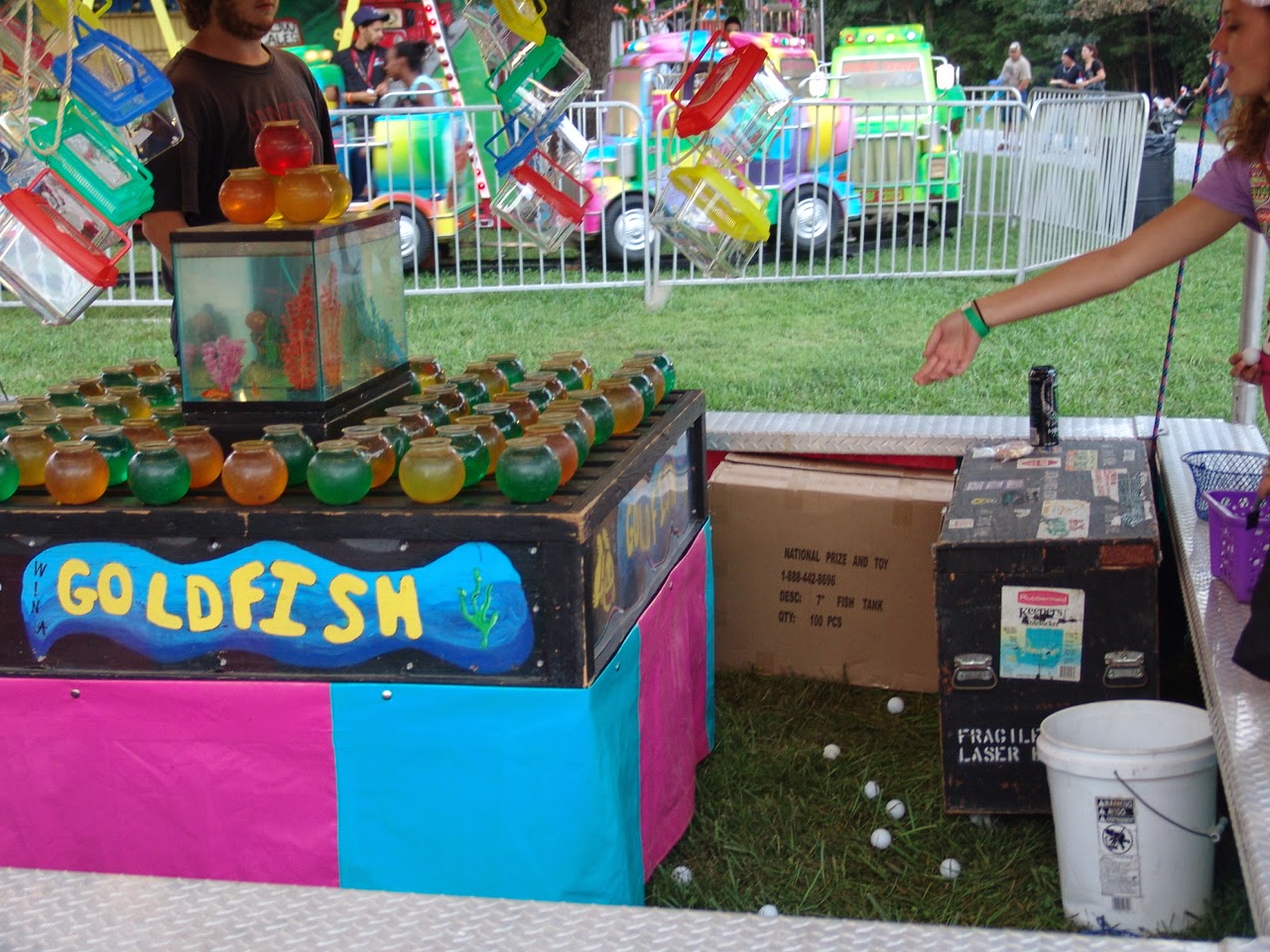 My daughter brought home her very own goldfish and my son brought home a blue ribbon for some marigolds that he grew from seed this year! 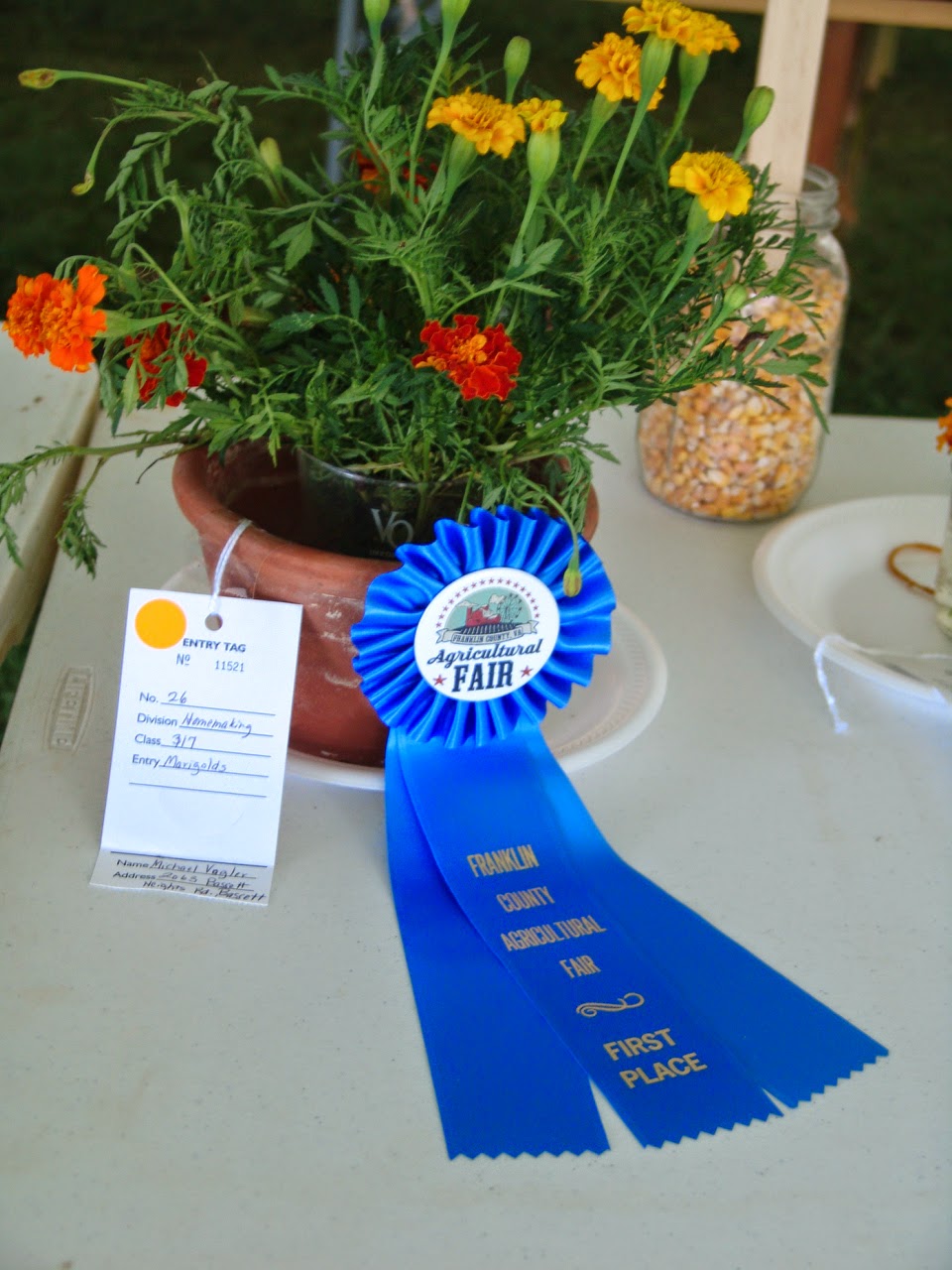 He was so thrilled to have won a prize which I love because it will encourage him to keep on growing things in his garden. Note: he is only six, so his older brother took notice and said that he wanted to grow some things for the fair next year! 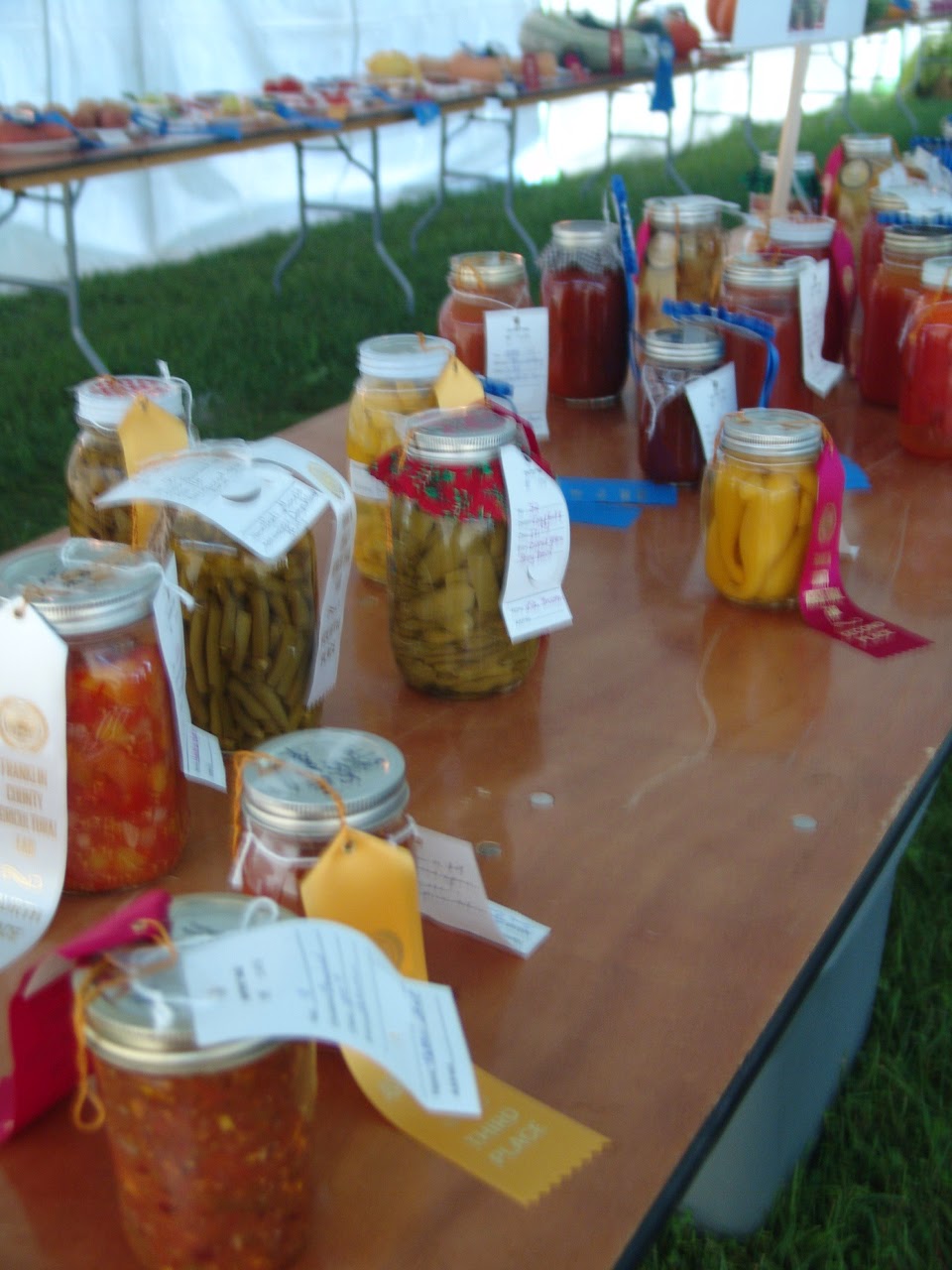 Disclaimer: This post is brought to you by the Franklin County Agricultural Fair. All opinions stated are my own.