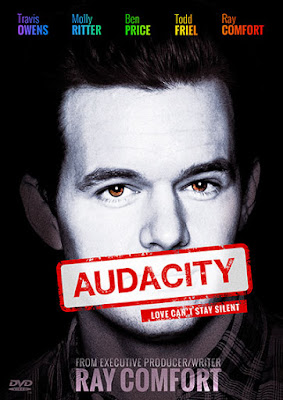 From Living Waters, creators of the award-winning TV program “The Way of the Master” and the hit movies “180” and “Evolution vs. God,” comes the powerful film “Audacity.” Executive produced by TV co-host and best-selling author Ray Comfort (Hell’s Best Kept Secret, Scientific Facts in the Bible), this film delivers an unexpected, eye-opening look at the controversial topic of homosexuality.

Peter (Travis Owens) is an aspiring comedian encouraged by his friend Ben (Ben Price, Australia’s Got Talent finalist) to perform at the local comedy club. But stage fright isn’t Peter’s only fear.

When confronted with one of today’s most divisive issues, he feels compelled to speak, but can he? 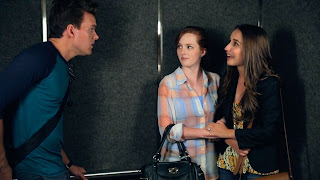 Challenged by his coworker Diana (Molly Ritter) to defend his convictions about homosexuality and gay marriage, will he have the courage to stand for what he believes—even at the risk of losing a friendship? 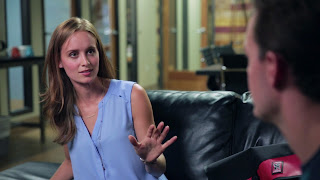 And how will he respond when faced with a harrowing life-or-death experience? 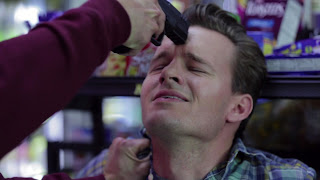 “Audacity” uses a unique approach to address a very sensitive subject in contemporary society. Regardless of your views on homosexuality, you’ll gain fresh insights and a new perspective.

What a powerful movie! This movie exceeded my expectations and was a million times better than I had anticipated. I have seen other films by Ray Comfort such as 180 and Evolution vs God but this movie reached a whole new level. Rather than having the simple documentary feel, this was an actual movie with actors that also included the same powerful interviews that we appreciate from Ray Comfort's other films. I appreciated how the sensitive material presented on homosexuality was dealt with. I can see how both those who oppose homosexuality and those who may approve can be challenged by watching this movie.

For those of us who agree with the Biblical definition of marriage between a man and a woman, this movie challenges us in the way we approach, view and think about those within the homosexual community. Do we care about their souls? Do we truly want to see them converted? Or are we among the many hypocrites who shout that they are going to hell without being willing to step out of our comfort zone and truly reach their heart? Would we be willing to die for a homosexual so that they would have the chance to live and hopefully repent and turn from their ways? Jim Elliot died for a murderer. That man and his people turned from their ways unto the Lord. Many admire Jim Elliot for what he did. Would we, as Christians do the same for a homosexual? 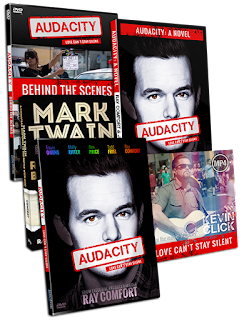 By downloading “Audacity” (55-min.) now for $19.99, not only will you help us to create future Christian movies, but you will get to watch a month before its official release on YouTube and DVD on August 19! As a token of their appreciation, you will also receive the following digital items free of charge:

Disclaimer: Thank you to Living Waters for the opportunity to pre-screen this film in exchange for writing an
honest review. All opinions stated here are my own.
Posted by Thrift Schooling at Thursday, July 16, 2015