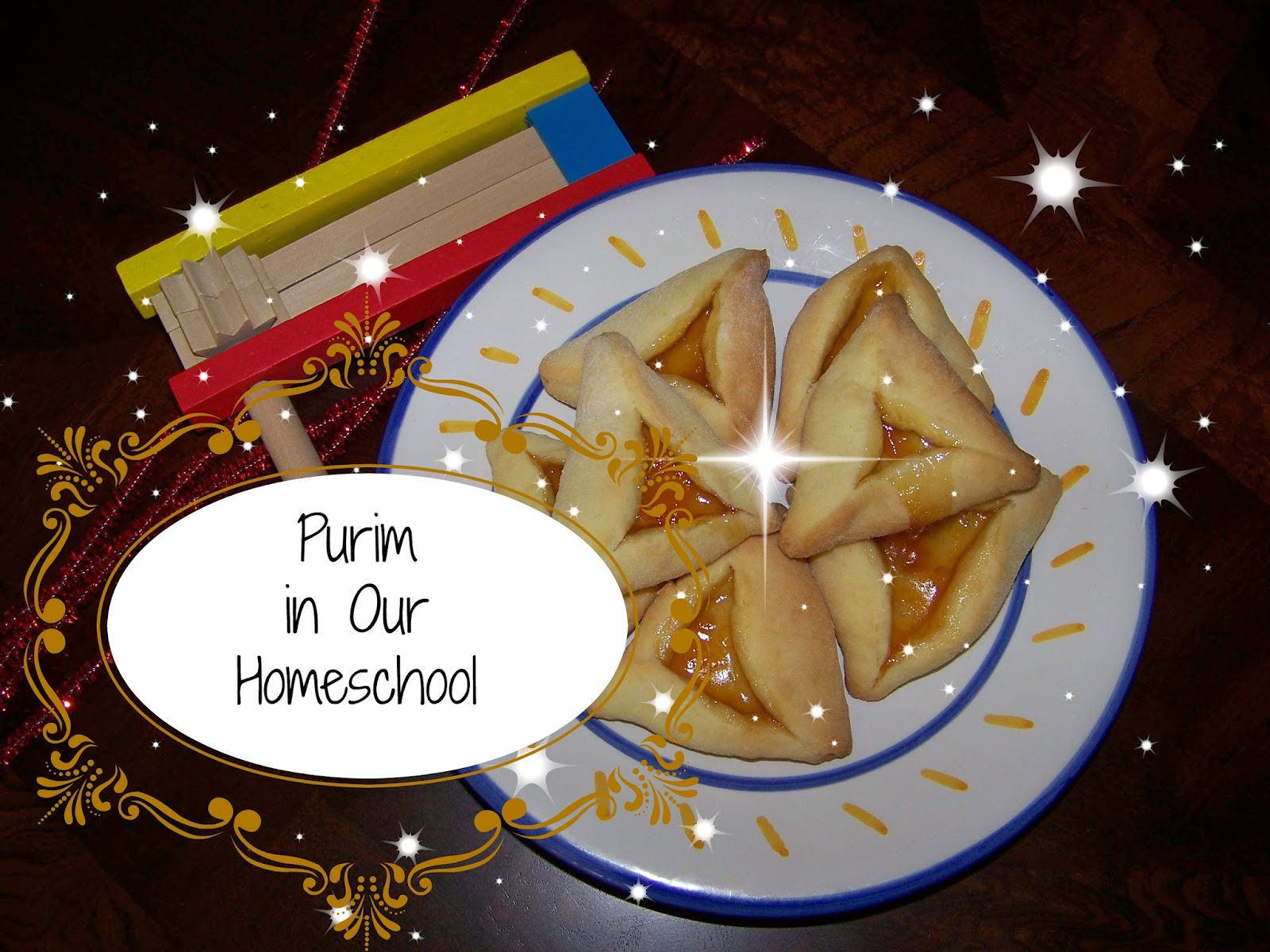 Ok, I'm not Jewish. And no, I don't generally observe Jewish holidays, but Purim is my annual exception. It is my favorite Jewish holiday and is just too much fun. I've decided that we simply must celebrate it in our homeschool. My first encounter with this holiday was actually in Israel. We American Christians were invited to a Purim party at a neighboring synagogue. I had no clue what to expect. Boring readings in Hebrew, maybe? A good cultural experience, I suppose. I reluctantly went. We walked in and the place was packed. There were about a dozen of us and we squeezed in the back row as tightly as we could. Looking around, I realized this was not your normal service. Scattered throughout the room were children and adults alike dressed in costume. Random costumes of all types. Then the service began.  The reading of the book of Esther. From beginning to end. The entire service simply consisted of this reading. Ok, not so simply. Because when the name Haman was read, everyone "booed" and shook loud noisemakers. It kind of threw my off guard at first, but after a while, we all joined in on the fun, booing the name of Haman! Of course at the name of Esther, everyone cheered. It wasn't a long service, but an entertaining and memorable one.


As a Christian, why Celebrate Purim?

The story of Esther is powerful. Not only is this a historical event in Jewish history but a lesson in faith and destiny. Earlier this month I saw Mardi Gras crafts on Pinterest for preschoolers. I would much rather have my preschooler spend the time making costumes and crafts for a Jewish holiday celebrating Esther rather than do "cute" little crafts for a holiday that celebrates sin. What I'm saying is, so often we do fun little cultural crafts to teach history throughout the year, so why not have fun with Purim when it's origins don't conflict with the Christian faith?

Purim in Our Homeschool

We read through a Children's Bible story of Esther. Twice. With finger puppets. That's how we roll. First, during homeschool, my children colored and cut finger puppets out of Esther, Haman and the other characters in the story. Then, when I read the story they used their puppets, cheered and booed and had a blast! In the evening, we made traditional Hamantaschan which are cookies with a fruit filling representing Haman's hat. My children then dressed up as Spiderman, Queen Esther and a football player and waited patiently for dad. When the family was together we read the story again and then enjoyed the cookies. Simple, memorable, and fun!
Posted by Thrift Schooling at Saturday, March 15, 2014