Yes, we did school this week, it just went a little different than the past two weeks in which we have officially been "in school." On Monday morning I realized that our tomatoes were in abundance so I put aside our boxed curriculum for the day and told the kids that we were making spaghetti sauce! I'm glad my kids like to help in the kitchen or this task would have been a drudgery. Fortunately, it was quite pleasant. I sent the boys out to the garden to pick a few more ripe tomatoes. Then they weighed what we had (on our baby scale turned kitchen scale), a total of 21 lbs. Not a huge amount for someone who does a lot of canning, but for us, it was plenty!

. It's pretty cool. You don't have to hull, peel or blanch, just put it in like a juicer and it separates the skin and seeds out for you! 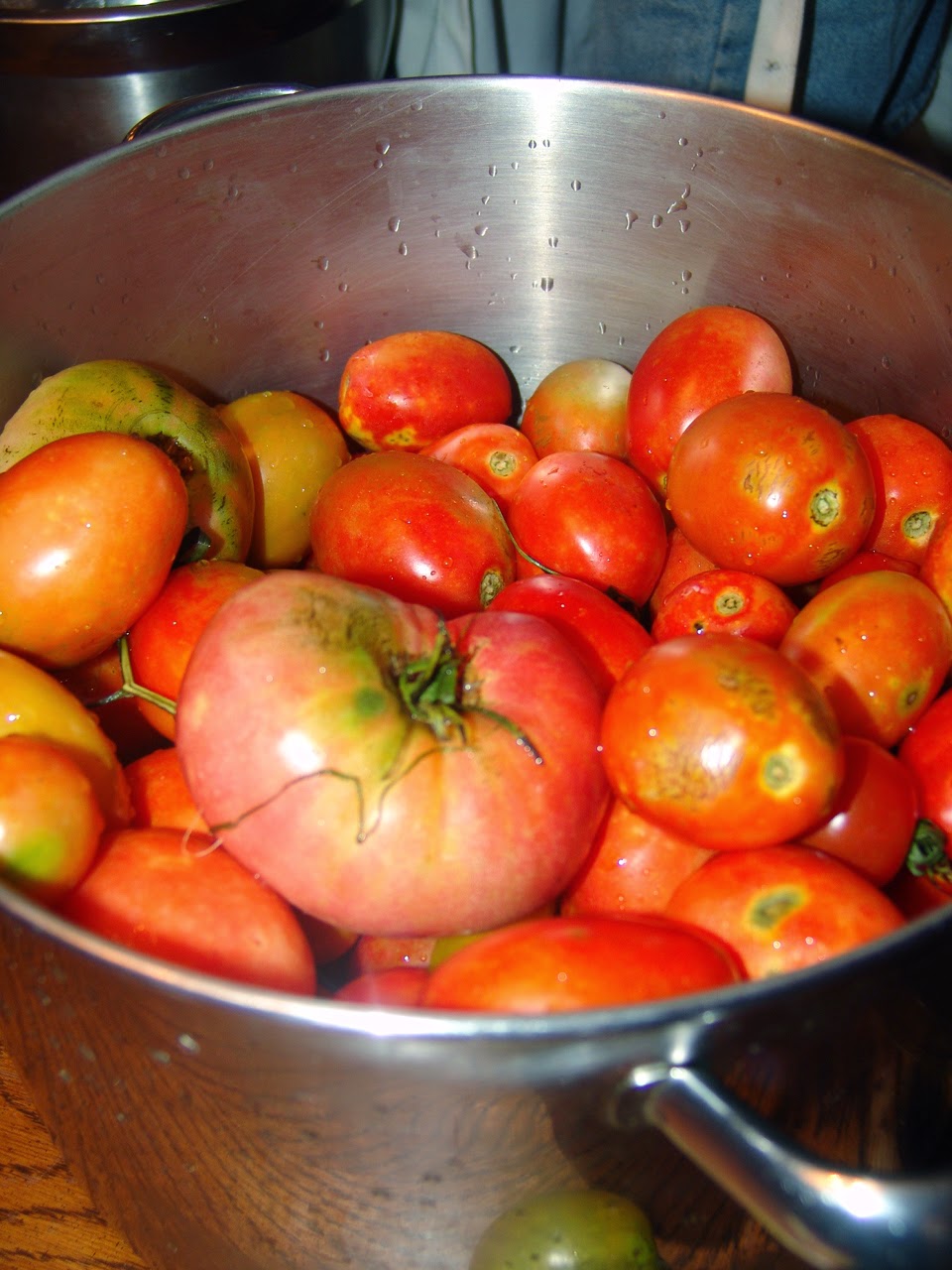 The kids chopped the tomatoes into quarters, mushed them down, cranked them through and held the bowls in place as the juice went into one bowl and the seeds and skin went into another. 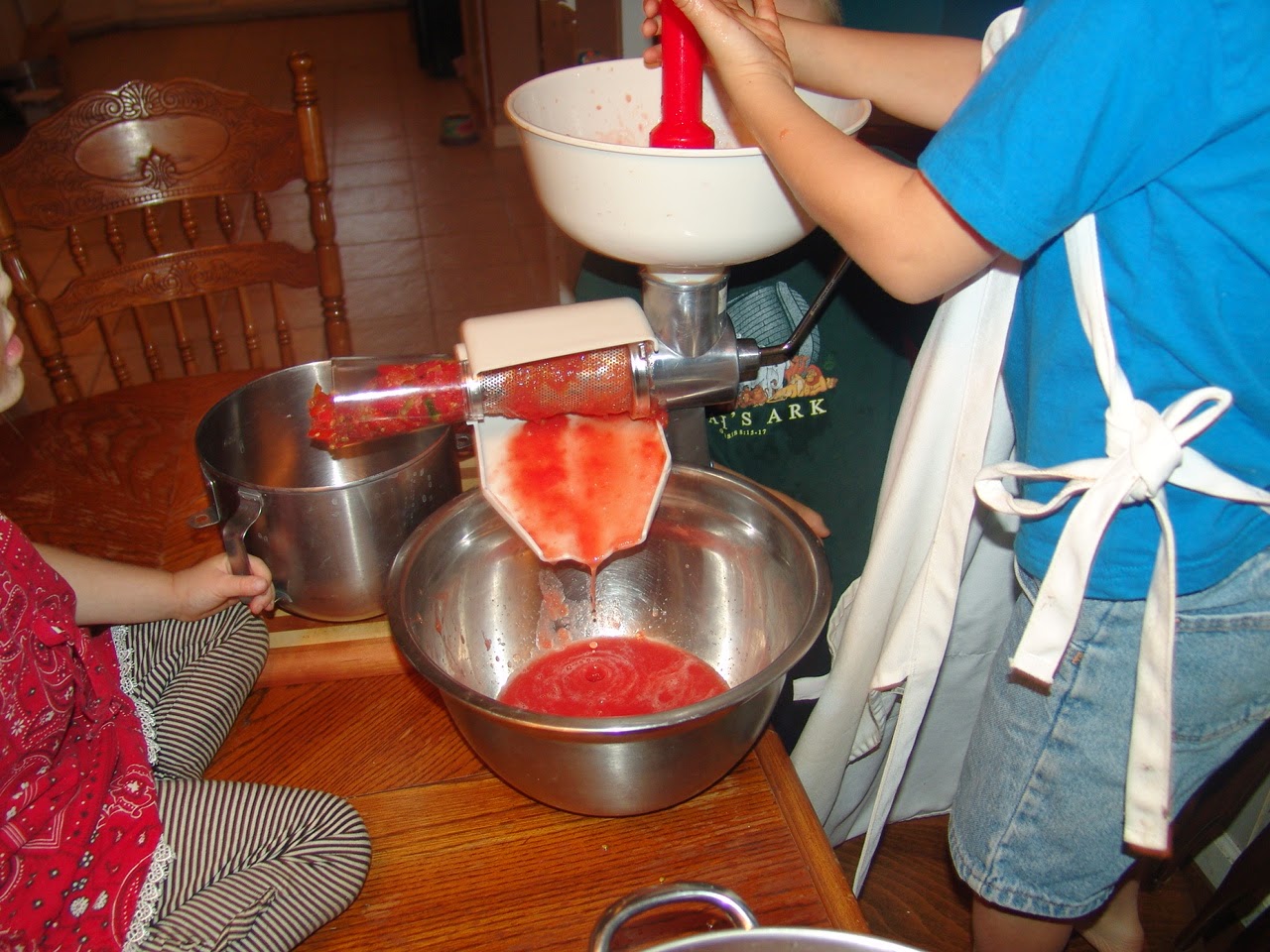 I then added chopped onion and spices and boiled down for two hours until it was the right consistency. One small jar full was saved for my tasty rendition of chicken parm that evening and the rest filled 5 quart mason jars that I canned in my canner.

While the sauce boiled, my son read aloud from a seed saving book about how to save our tomato seeds for next year. We then watched a YouTube video about the same topic, compared notes and got started with the process!

Later in the week, we took a quick trip to the city and were able to practice our golf skills. Gym class, check! We did end up getting back to the books and both boys aced their tests for the week! A great beginning for a new school year. 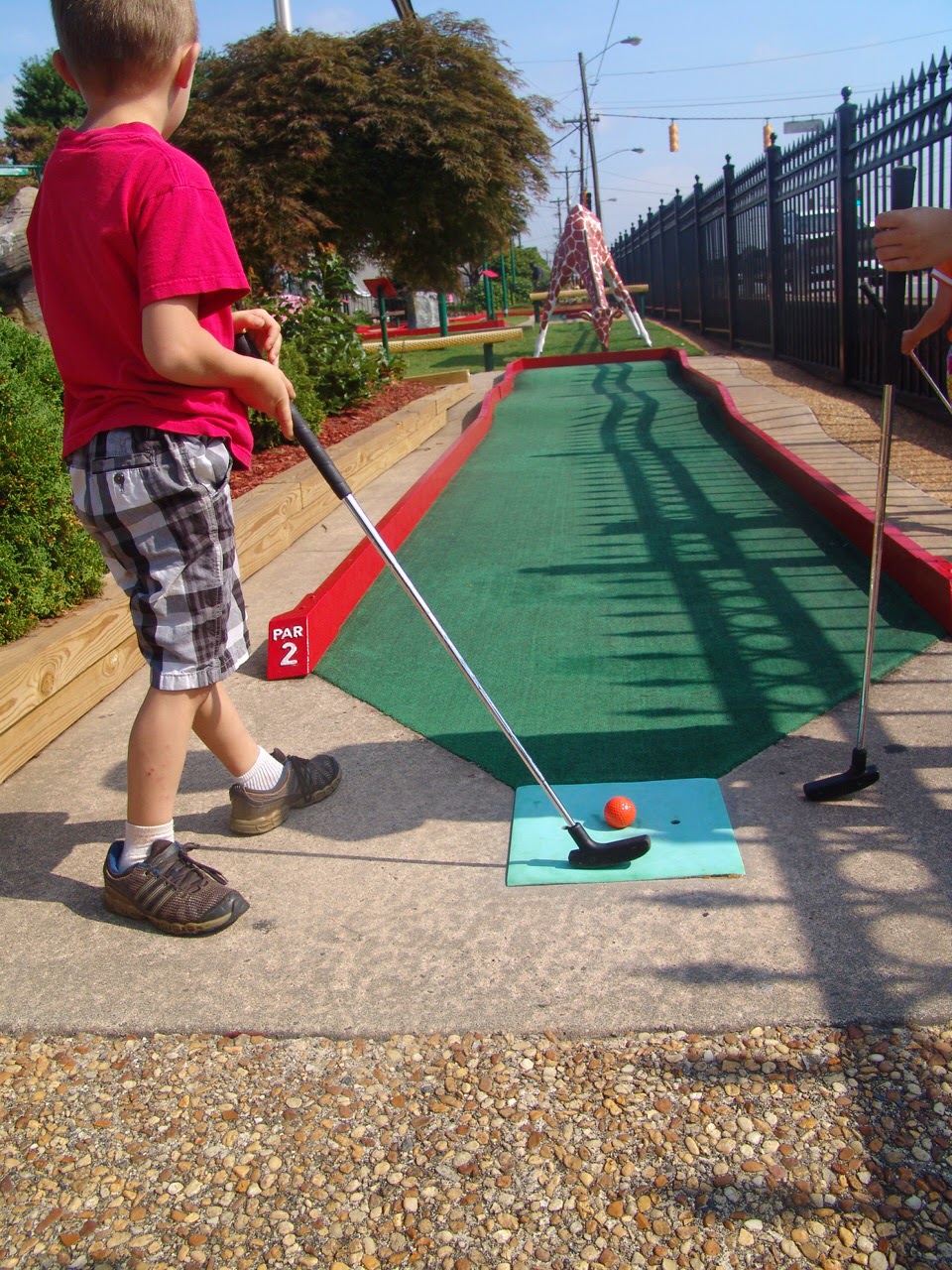 How was your week? What did you do?

I love your sauce adventure, Heather!! How cool! That grinder attachment is pretty cool as well. I saw something like that which would go on our Bosch....but it's not quite in our budget yet. The one I saw can also make peanut butter.

We have SUCH a short growing season that all we've had yet from our garden tomato-wise are the cherry Tom's. But last night when I was out picking a cuke and some zucchini, I saw a Roma that appears, finally, to have some red on it! Yay!