Our family recently had to opportunity to go back in time and experience history by reviewing Wulf the Saxon, a historically based audio drama produced by Heirloom Audio Productions. Before I share our experience, let me answer those pressing questions you may have after looking at the cover of this CD set, posted above!

Who Exactly Is G.A. Henty?
The question is not who "is" but who "was." The answer? G.A. Henty was an English author known for his historical adventure stories. His books were popular in the late 1800's. He is one of those authors whose works are rich, entertaining, and based on true historical events. His books are coveted by those who love historically based literature to help teach and preserve history.

Who Was Wulf The Saxon?
Wulf was a young boy that served as a thane of Earl Harold (future king) of England during the time period of the battle of Hastings which was in the 11th century.

What Is The Storyline?
Now that you understand that this audio drama is a historically based piece that takes place in England (and surrounding countries), in the 11th century, based on a book written by a popular author from the late 19th century, I will share with you what lies within!

The story is about a young boy (Wulf) who was sent away by Earl Harold after a fight as a punishment. When he returns, he becomes thane to the Earl. He ends up going on a hunting trip in a boat with the Earl which takes a turn for the worse leading them to becoming shipwrecked and taken captive.

Even though Wulf and another man escape and are able to let others know that the Earl was captured, an interesting turn of events take place while the Earl is in captivity. Do to a scheming leader, the Earl is tricked into pledging his loyalty to another man, for life. What does this mean? The Earl must obey, he must follow this mans orders no matter what the request, even in the event of marriage!

When you order this product, what you are receiving are two physical CD's that provide two and a half hours of entertainment. Whenever I am looking for audio books or dramas, I check to see how long they are in relation to a trip I am taking in the near future. In this case, we had a trip planned to celebrate my son's birthday about an hour and half away so when you take into account traveling both there and back, this was a perfect fit. 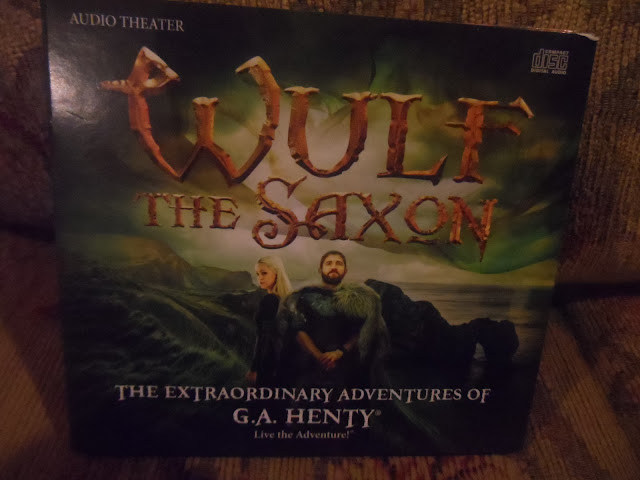 The case is cardboard (not the flimsy plastic kind that breaks when your two year old steps on it getting into the car.) So far, it has held up to the normal wear and tear of mini-van life. I love how the CD's are separate colors and separated by an insert in the middle of the case. It is neat, clean and professionally presented. 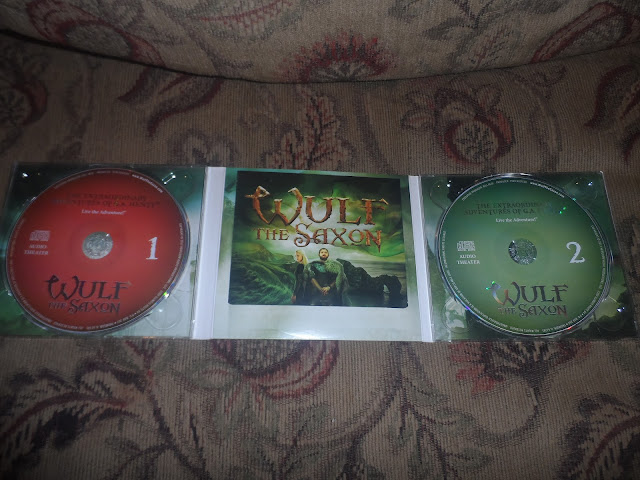 The front cover is eye-catching and the back cover shows images of the cast putting a face to the names of each of the characters complete with an excerpt of their filmographies.

It states on top of the CD's that it is appropriate for ages six to adult. I would have to say, based on our experience, that this is more for children ages twelve and up, and even in that age range I would say that this particular story would hold the attention of boys more so than girls. Taking each member of our family into account, my husband liked it the most. He was engaged in the storyline, the characters and the history presented.

My seven year old daughter lost interest after only a few minutes, which is not surprising because historical fiction is not their thing. My nine year old liked it at first but by the end of the first CD he was having a hard time keeping up with the names, accents and storyline. My eleven year old kept up with the story and was able to follow along but got lost with it at times as well. I think if I would have prepared them ahead of time with some of the historical events in our homeschool then it might have held their attention better. They aren't familiar with this time period so by throwing them into it without any preparation or warning made it a bit overwhelming. Had they had some background information ahead of time, I think they would have taken to it more. Even I personally had a hard time focusing after the first twenty minutes, trying to keep up with each of the characters and was difficult for me. I probably need to brush up on my eleventh century English history as well.

If you know a teen or adult that appreciates historical fiction, then this is for them. Since this is classified as an audio drama, it is not just a book read by one person but includes an entire cast of qualified actors and actresses presenting you with an adventure. My husband liked this presentation of history, he felt that it was more entertaining than simply reading a history book. He pointed out the fact that he liked how the story followed a young boy such as Wulf rather than through the eyes of the Earl or another leader in a higher position.

In addition to the CD's, Heirloom Audio Productions also have a Live The Adventure Club chock full of resources and activities for the whole family!

Be Sure To Follow To Stay Up To Date With